Govt urged to focus on financial inclusion of women 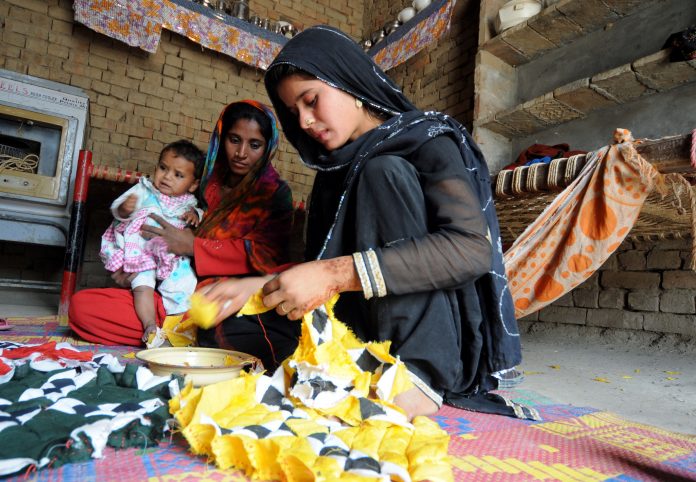 ISLAMABAD: The Islamabad Chamber of Commerce and Industry (ICCI) on Wednesday urged the government for focusing on financial inclusion of women to promote female entrepreneurship and improve economic growth.

It said a lack of access to finance was the major barrier for women to engage in business activities.

However, gender-wise distribution of gross loan portfolio of SBP showed that only three per cent of SME loans were granted to women as compared to 97 per cent to men.

Similarly, women took just 19 per cent of micro-finance loans compared to 82 per cent to male consumers.

He added that access to finance was the major factor that was held back women from starting business ventures as only five per cent of women have access to an account at a formal financial institution.

He urged that government for taking policy measures to address these issues for creating a conducive environment for women entrepreneurs.

They said greater access to formal finance would allow a greater number of women to participate in the formal economy and help in enhancing the economic growth of the country.

They said SBP should encourage the opening of more women bank branches across the country and make this feature a part of branch license policy for improved financial inclusion of women. They said women were often not aware of the available financial services.

They urged the government for removing legislative and policy-level hiccups and initiate financial literacy programs at the school level for girls to create better awareness in women about financial services that would improve their financial inclusion.