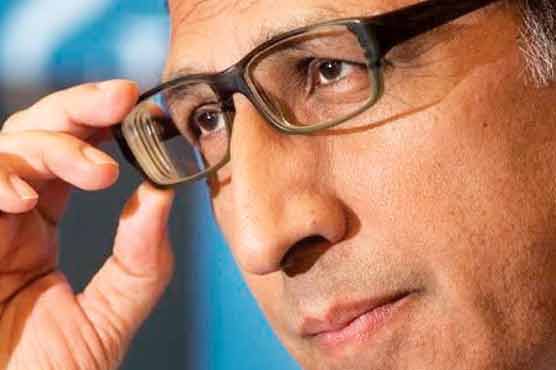 ISLAMABAD: Unlike the expectations that the sudden change of finance minister and reshuffling of other ministers will jolt the economy and create uncertainty in the market, the Pakistan Stock Exchange on Friday witnessed an unprecedented jump in volumes as KSE-100 gained 800 points in intraday trading.

According to stockbrokers, the investors are expressing confidence in the market following Prime Minister Imran Khan’s massive decision to reshuffle the federal cabinet on Thursday.

Economists said after the bold decision of PM Imran Khan, the investors have gained confidence that the economic policies would no longer remain uncertain. They hoped that the market would recover with expected improvement in the macroeconomic indicators, as the biggest challenge to the economy – the current account deficit – has started narrowing down.

As Hafeez Sheikh, the newly-appointed Advisor to PM on Finance and Revenue, would be heading the bailout deal with International Monetary Fund (IMF), the agreement is now expected to be signed even before the next budget, said sources at the finance ministry.

“It is expected that the new advisor, who enjoys good ties in IMF and other international lenders, will agree to the IMF suggestions and would waste no time in availing the next programme,” sources said, adding that Sheikh knows how to deal with IMF, where he enjoys cordial relations with many of his former colleagues.

“The IMF will also be more confident while discussing the next loan programme for Pakistan with Hafeez Sheikh,” sources said.

They said the budget has already been prepared as per the terms of IMF. “The international actually wants micromanagement in Pakistan for two financial years, 2019-2020 and 2020-2021. The budget of these two fiscal years will be reflective of the conditions imposed by IMF.”

Sources claimed that IMF had made it clear to the government that it can make budgetary policies for the remaining three financial years.

“Asad Umar was reluctant to accept few IMF conditions and now Hafeez Sheikh, without caring about the political damages and oppositions, would do what the economic and market situation deserves. Umar had categorically said that it would be difficult to accept the IMF’s demand regarding 6pc increase in the FBR’s revenue collection,” sources said.

As a result of the IMF programme, economists believed that the rate of inflation would increase further, while currency would be devalued again. However, they added, the new head at the finance ministry would not hesitate to take unpopular decisions to meet the IMF conditions.

“Unlike an elected member and political finance minister, Sheikh, as we have seen him previously, will not be confronting media and public. The advisor has also reportedly made it clear to the premier that he would not tolerate any interference in his ministry and that he would make decisions independently,” said sources.

According to sources, the prime minister has constituted a high-powered economic team to assist and support Hafeez Sheikh in addressing the economic challenges.

According to insiders, under the new set up at the finance ministry, the role of existing Economic Advisory Council (EAC) may become limited, as Sheikh, during his previous term, had not given due to importance to EAC.

Sheikh had served as finance minister from 2010-2013 under the Pakistan People’s Party government.