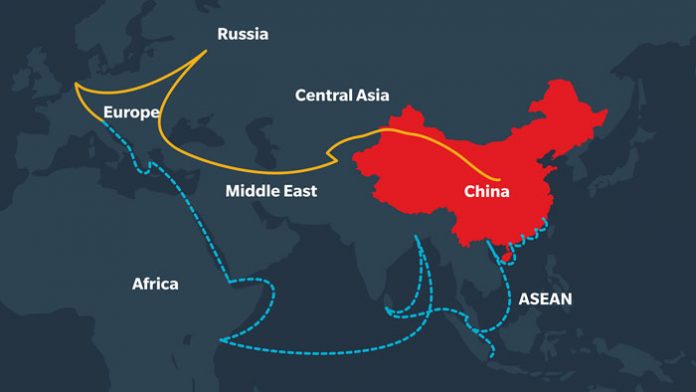 ISLAMABAD: Chinese scholar Dr Zhang Yifeng on Friday said that China aims at investing $1.3 trillion in Belt and Road Initiative (BRI) member states by the year 2027 which would become the single-largest investment by any state to help boost regional and trans-regional connectivity and trade.

Addressing the participants at a seminar titled “CPEC: An overview of current developments” held under the aegis of Muslim Institute, the Chinese scholar from Shanghai Academy of Social Sciences, China, said that China-Pakistan Economic Corridor (CPEC) has truly become a gateway to prosperity by linking Western China with Pakistan. He said that China has entered into an era of geo-economic relationship with Pakistan and it plans to boost two-way trade from $12 billion to $20 billion.

“BRI provides Pakistan and the surrounding countries a great opportunity by giving an integrating platform for over three billion people in Central, West, South Asia as well as the Middle East and Africa,” he said.

“Asia remains the epicentre of 21st-century transformation as the centre of economic power is shifting from the West towards the East. Regional cooperation is becoming the need of the time. Trade and economic cooperation in the backdrop of geopolitical and environment portfolio have increased manifold. Pakistan-China relationship has reached new heights under BRI due to its economic and strategic importance,” he added.

Dr Li Kaisheng was of the view that irrespective of the opposition of CPEC from some corners, the geopolitical scenario is fast changing and things are brightening up for Pakistan after its long hard journey.

He said that Russia wants to join CPEC and is warming up with Pakistan and establishing military ties with it. “China and Russia are strategic partners and boosting their respective strategic ties with Pakistan. Successive governments will have to remain focused as well as committed until the completion of projects in hand,” he added.

He said that provinces should focus on completion of industrial parks, railway lines and to make Gwadar Port operational as early as possible.

“Gwadar-Chahbahar Ports should complement each other to derive mutual gains. To ensure cooperation, Pakistan and Iran will have to strengthen bilateral relations. For Iran, CPEC provides a window of opportunity to break its international isolation,” he added.

Dr Li said that the CPEC connected to Gwadar has the potential to radically alter the regional dynamics of trade, development and politics. “CPEC is a game changer for the entire region. It will uplift the lives of about 3 billion people across China, Central Asia, South Asia and the Middle East,” he concluded.