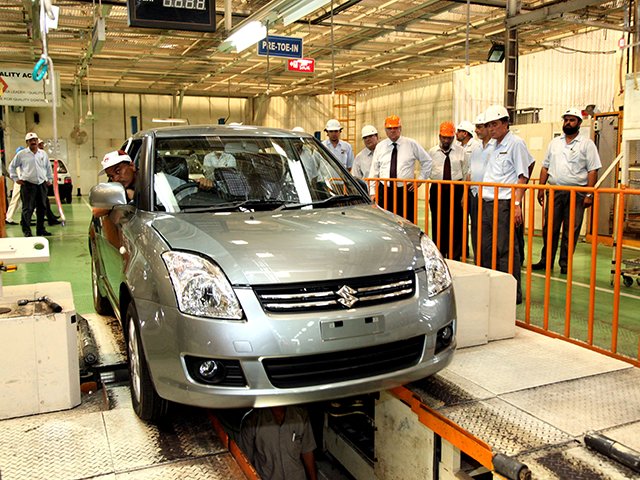 LAHORE: In what seems to be an endless cycle of rupee depreciation and price hikes, Pak Suzuki Motor Company (PSMC) has once again raised prices of three vehicles Suzuki Cultus AGS, Swift DLX, and Swift AT NV by Rs30,000.

The notification read, “The price hold will not be considered for the old pending orders (from customers) who have failed to deposit their balance payment within the due date.” It further added, “Retail prices are inclusive of ex-factory prices and freight charges incurred on vehicles reaching your dealership premises. The prices are subject to change without notice and prices prevailing at the time of delivery shall apply. Any government tax applicable will be charged from the customers.”

Although the company has not mentioned any particular reason for the recent price hike however sources believe that the recent string of price hikes is in response to the rupee depreciation, since it seems that PSMC has not fully passed on the impact onto its customers.

Industry sources believe that the auto giant maybe facing some internal financial turmoil due to the rapid expansion of the auto industry and increased competition. Recently, in a notice sent to the Pakistan Stock Exchange (PSX) PSMC reported a quarterly loss of Rs980 million for the quarter ended March 31, 2019, against a profit of Rs904 million same period last year.

It is pertinent to mention that PSMC has not reported such huge losses since 2010. Moreover, the company’s profits have steadily been on the decline since its profits fell 66 per cent to Rs1.298 billion with earnings per share of Rs15.77 in 2018 and the company posted a loss after tax of Rs94 million during 4QCY18.

This is the third increase in prices during the current year. In January, Pak Suzuki raised prices of four-wheelers and motorcycles. Later in March it raised prices across various car models between Rs10,000 and Rs100,000 effective from April 1 to mitigate the impact of high production cost and rupee depreciation.

Auto industry experts speculate that Suzuki might adopt a similar business model to the one it follows in India where it offers 15 to 20 passenger vehicles, which is not the case in Pakistan.