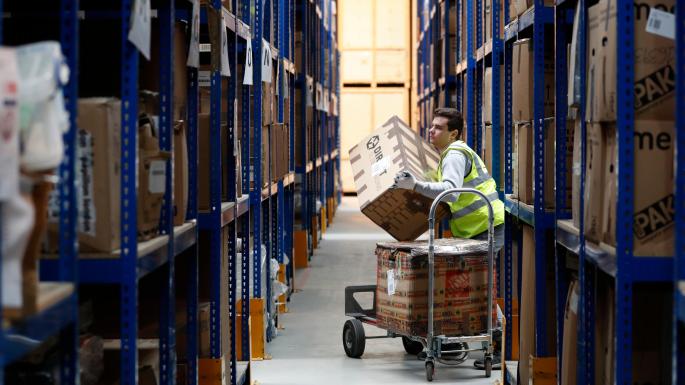 LONDON: Britain’s economy grew by 0.5pc in the first quarter, boosted by companies stockpiling ahead of Brexit, official data showed on Friday.

The growth figure was in line with market expectations.

The strong manufacturing performance offset a slowdown in the services sector output to 0.3pc, the ONS data showed.

The Bank of England last week raised its forecast for UK economic growth this year, as stockpiling offsets lower business investment elsewhere ahead of Britain’s departure from the European Union.

Economic activity was given a temporary boost as companies rushed to build up stocks of components and goods before the original March 29 Brexit deadline, the BoE said.

The central bank predicts GDP expansion of 1.5pc this year, up from its previous growth estimate of 1.2pc.

Following Friday’s data, the pound was little changed as the first-quarter output of 0.5pc had been widely forecast following the recent BoE update, analysts said.

Britain is due to leave the EU by October 31 after two delays this year triggered by MPs rejecting a divorce deal Prime Minister Theresa May had struck with the bloc.

The Bank of England meanwhile sees the boost to growth from stockpiling as only temporary, forecasting that GDP would slow to about 0.2pc output in the second quarter of this year.