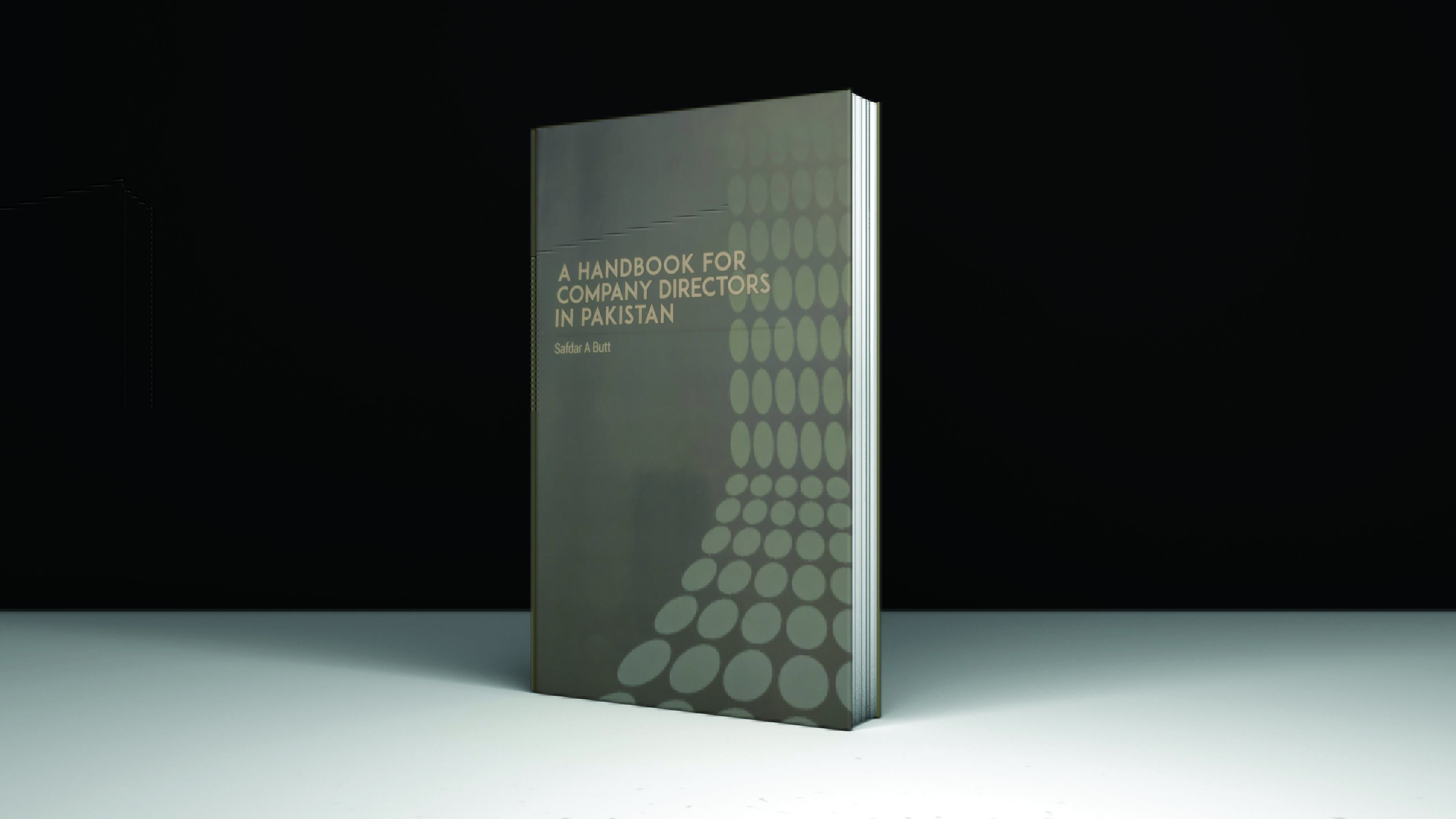 About 60-70% of the people appointed as directors to the vast array of publicly listed companies in Pakistan are family members of the companies’ majority shareholders, estimates Safdar A Butt, an academic with years of business experience who is currently a Professor Emeritus of Finance and Corporate Governance at the Capital University of Science and Technology in Islamabad.

Company directors, most of whom are overwhelmingly nepotistic appointments in Pakistan, are the targeted audience of Mr Butt’s latest book titled A Handbook for Company Directors in Pakistan. A ponderous tome at first glance, the book actually is exactly what the title indicates – a handbook for people appointed to serve as the fiduciary custodians of corporate governance in the country.

Set out in seven basic parts with insight on things ranging from the ‘Strategic Direction of a Company’ to ‘Risk Management’ and ‘The Company and Society’, the book essentially aims to be a go-to guide that a company director can turn to in a moment of crisis. Given the earlier estimate that more than two thirds of company directors in Pakistan are appointed simply because they are family, it may not necessarily be the worst thing to have on your bookshelf if you are the director of a publicly listed company, because chances are, you may need it.

Because as Butt explains, the gig is not easy and definitely not free of risk, since directors are legally responsible for a company’s conduct and misconduct.

“Most of the directors we have don’t know how to do the job” said Butt, in an interview with Profit. “For some reason there seems to be no realisation that as the director of a company, they have obligations towards all stakeholders, and not just their family or friends that gave them the position.”

There seems to be very little understanding among people who are actually offered the job of director that it is not just about attending a certain number of meetings and taking home a paycheck at the end of the day. Being a director means being responsible and being accountable. With the title comes the added pressure of having the company’s reputation tied to one’s person – something that works both ways.

“This is why this book is so necessary. People accept the position of director without knowing what the job entails and the risks it brings with it,” Butt points out. “This book is something that a person who may not have experience as a director, something that is more likely to be the case in Pakistan than not, can grab and easily navigate towards some semblance of an answer.”

To hear the writer speak of it, the book is a case of better late than never, because there hasn’t been one of its kind in Pakistan yet, despite the apparent need for it. “There are 40 such handbooks for directors in the United Kingdom. In Pakistan, this is the first,” he says.

One wonders at just how urgent the need for this book was in Pakistan. The book is available free of cost to anyone who may need it – it was funded by the publicly listed High-Tech Lubricants Ltd as a corporate social responsibility (CSR) project in the memory of their late director Mohammad Basit Hassan. 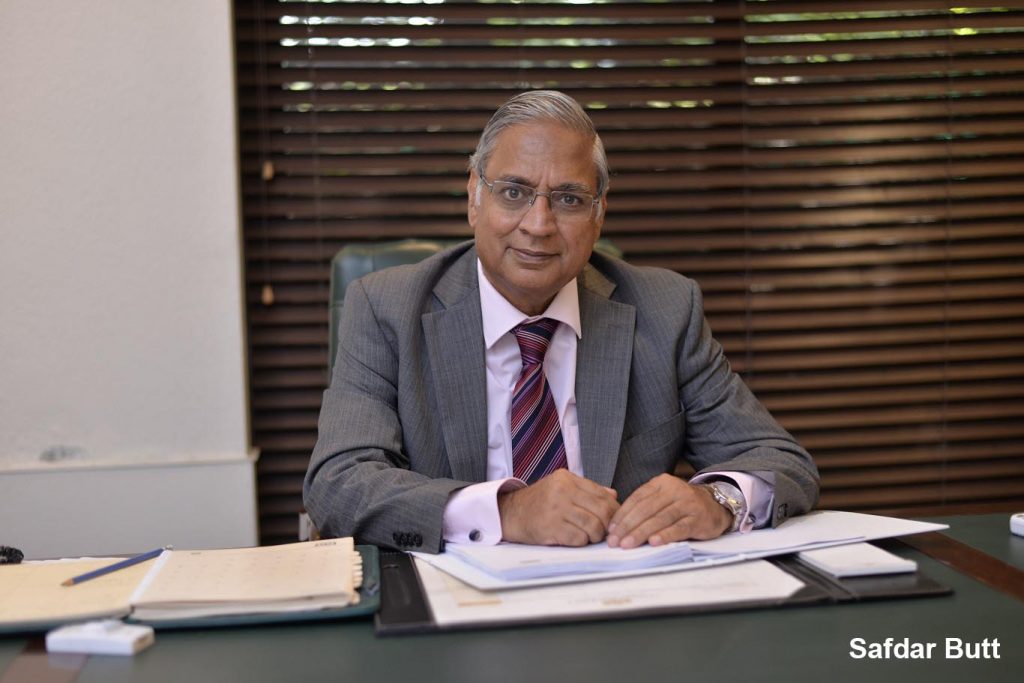 “Ethics and the law are not always on the same page” says Butt. “You, as a director, may think you’re doing something moral or just, and in your own mind, you will be completely justified. “But it is entirely possible that you may just be breaking the law in the process. Say you are a director and you think three of your four managers deserve bigger bonuses than the fourth one. Now you may think this is fine, but unless there is some definable criteria for giving bonuses, this is criminal behaviour – no matter your intentions.”

“You see nobody here likes to admit they don’t know everything, and that pride causes them to do things that they will regret later. This book is something that can help avoid such unsavoury circumstances.”

With its origins in a CSR project, the handbook is clearly written in earnest. Quite diligently researched to reflect the latest Pakistani business laws and standards of the Stock Exchange and the Securities and Exchanges Commission of Pakistan (SECP), keeping a copy of the book around might actually be a good idea for directors. And while it offers no great adventure for the casual reader, it does provide some interesting insights into how Pakistani business works.

Just on the issue of CSR, the very thing that this entire book is a result of, Butt writes with clear but passionate conviction. “I cannot stress this enough but CSR is an investment in and of itself,” he asserts.

“You see if a company takes care of its employees and gives back to society, then it will have a good reputation. Its employees will be happy and productive, and people will prefer it over its competitors.”

But it is not as simple as that. In Pakistan, Butt sees a number of failings in the idea of CSR. As the book explains, it is not the same thing as charity – as so many executives treat it to be. Rather, it is a structured and measured way of owning up to the responsibility any organisation owes to society when it is in a position to help it. “You should do well, but you should also do good,” the writer advocates.

There is other advice in the same vein that the book provides. On business ethics, for example, the writer argues the age old maxim “ethics is good business.” The book also looks into things such as corporate fraud and is a reliable reference point, given that it has outlined itself in accordance with standard national regulations.

It also gives insight on issues such as whistleblowing, saying that a company’s staff should be as good as its auditors, and explaining the whistleblowing structures that are now legal requirements.

While it may help company directors, the book also contains generally solid business advice. Not by any means groundbreaking, but definitely things that would not hurt a company, and might even go so far as to promoting good, ethical, business practices in companies desperately in need of transparency and professionalism.