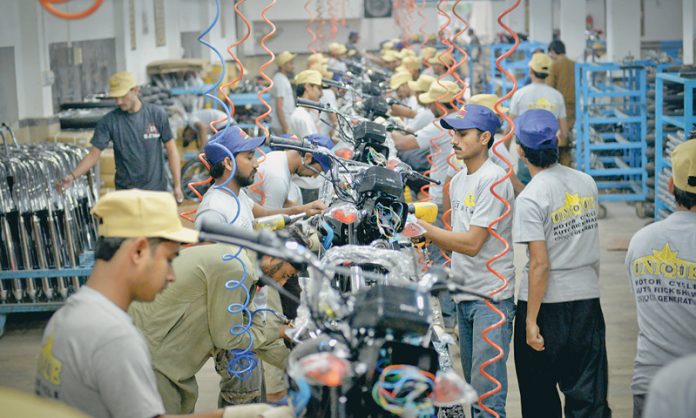 ISLAMABAD: The plan to import cheaper 80-82 RON petrol under an arbitrary proposal without consultation of the motorcycle manufacturing industry will retrograde the fast progressing industry of the country.

He referred to the meeting of Senate’s Standing Committee on Petroleum held on May 21 where the committee was briefed about a proposal of low RON fuel (80-82) stated to be meant for motorcycles.

“Neither the subject meeting was in our knowledge nor were we invited to attend the meeting, which translates into the fact that the industry was not given an opportunity to present its point of view,” the PAMA DG maintained.

He also apprised the standing committee chairman of his serious reservations regarding the proposal in question and communications in this regard with the Ministry of Energy.

“Our members think that this policy initiative will be a huge step backwards in the longstanding national goal of achieving international standards. First, the availability of low-quality fuels at a lower price will encourage the mixing of fuels for all vehicles. This in return will result in multiple challenges along the supply chain. Low RON fuel will be distributed by unscrupulous elements, resulting in a host of problems for the final users,” Abdul Waheed Khan stated.

He said that engines of motorcycles are designed to efficiently work on at least 87 and 90 RON or higher, adding that the use of lower RON fuel would destroy the efficiency of the engine and increase the maintenance cost for the users.

Moreover, he said, the exhaust emission levels of CO, NOX and HC would not comply with national emission standards while per liter mileage would decrease drastically, putting an additional burden on the users.

“Such proposals in this day and age will result in the rollback of all the efforts and investments made to upgrade vehicles,” Abdul Waheed Khan reasoned.

He explained that engines are designed and produced against given specifications, while the product being produced and those in different stages of development are being designed in line with a specific policy direction.