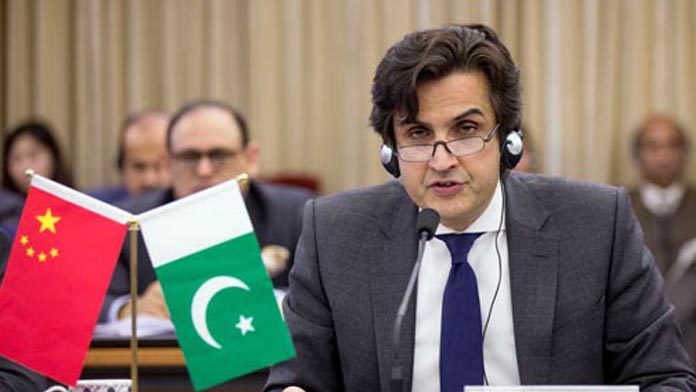 Addressing the China-Pakistan Economic Corridor forum, he said cooperation in education, health, water, poverty alleviation and other sectors has been included in the socio-economic uplift programmes.

“Industrial and agricultural development will be focused in the next phase of CPEC,” the minister said, urging the private sector to take a lead in this regard.

He said cooperation in the industrial sector would further strengthen the relationship between Pakistan and China. “China has offered free access to Pakistan on 313 exportable items.”

The minister said that the Pakistan Tehreek-e-Insaf government wants to increase business opportunities under CPEC, adding that in this regard, Pakistan-China Business Forum was being set up.

He said a memorandum of understanding has been signed with China for the establishment of foot and mouth disease free zones.

Bakhtiar noted that huge investments were made in Pakistan’s energy sector under CPEC during the last six years.

In the infrastructure sector, he said that the development of railway network as well as coastal areas, including the Gwadar Port, were being given special importance. “Gwadar Master Plan will give impetus to economic activity in the coastal city.”

He said Pakistan desired to benefit from Chinese experience in different sectors, including livestock, fishing and research.

Bakhtiar said structural reforms were being introduced in the country, as the government was committed to strengthening the institutions.

“The tax net will have to be expanded if we are to witness economic growth,” the minister remarked, adding that measures were being taken to enhance the volume of exports.