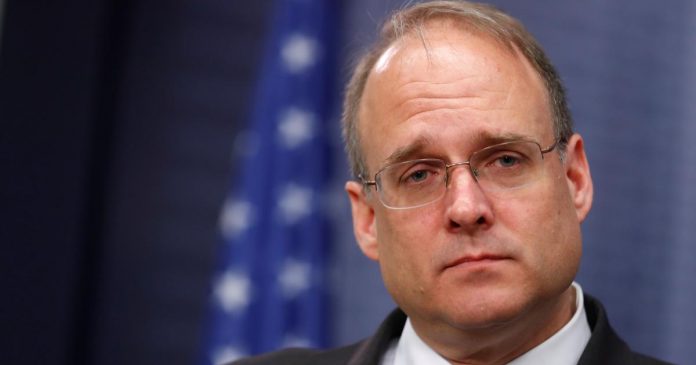 “Pakistan had ‘significant’ work to do. With regard to an action plan agreed in June 2018, they are ‘lacking in almost every respect’,” Billingslea said at a press briefing.

He added, “Pakistan was cautioned in February at the plenary that they had missed almost all of their January milestones. They were urged not to fail in meeting the May milestones. Unfortunately, Pakistan has yet again missed them (milestones).”

A 26-point action plan was designed in June last, spanning a period of 15 months, in order to avoid being blacklisted by the Financial Action Task Force (FATF).

Billingslea said that if Pakistan fails to implement the action plan, FATF will consider the next course of action. The FATF president said that Pakistan is “far behind” and “there is much that the country must do by September this year”.

On June 23, Army Chief General Qamar Javed Bajwa said that the country is doing its best and utilising all available sources meet the targets, adding that Islamabad has been moving towards attaining sustainable peace and stability.

“We are doing our best, utilising all available sources to wipe out the enemies of peace and prosperity but it is fact that peace and stability in South Asia was dependent on the resolution of conflicts and disputes in the region”, The Nation quoted Bajwa as he was speaking at the International Institute for Strategic Studies in London.

Pakistan is currently on the “grey list” of countries that have been inadequate in curbing money laundering. The country has already missed two prior deadlines — in January and May 2019 — to complete their action plan.

It is noteworthy that China is set to secure FATF presidency before the next meeting is held while Saudi Arabia, representing the Gulf Cooperation Council (GCC), is to become a full FATF member, both countries being traditional Pakistani allies. With this, New Delhi fears that its intense lobbying efforts to place Pakistan on “blacklist” will go futile, firstpost reported.

Former finance minister Arun Jaitley, in a statement on May 2, said that India will ask the global money laundering and terror finance watchdog to put Pakistan on a blacklist of countries that fail to meet international standards in stopping “financial crime”.

Currently, India, the co-chair of the joint group of FATF and the APG, along with the United States and the United Kingdom, has been campaigning to ensure Islamabad ends up in FATF’s ‘blacklist’.