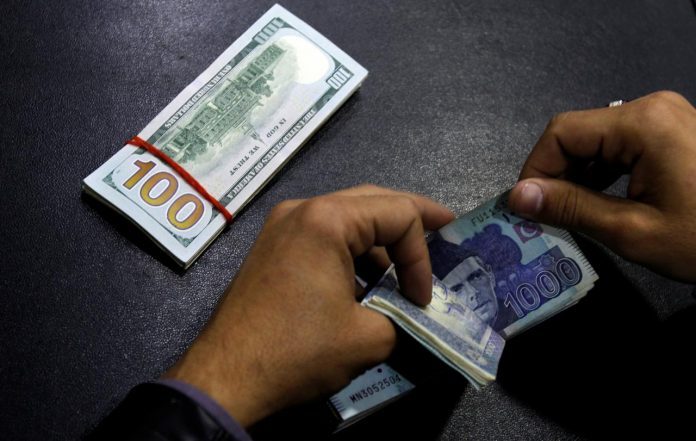 The dollar on Thursday dropped Rs4.05 in the interbank market and closed the session at Rs160.

The drop comes a day after the dollar soared to its highest ever rate against the rupee. Within the open market, PKR was traded at 157/160 per USD.

The greenback rose to Rs164.2 on Thursday, up 1.7pc from Wednesday’s closing rate of Rs161.4. The day before it rose by Rs4.5 in the interbank market followed by an increase of Rs5.8 in the open or cash market in what was its biggest one-day increase this year.

The dollar remained volatile throughout the second half of 2018 and, barring a few stints of stability, showed no signs of stabilizing.

The rupee-dollar exchange rates became more volatile ahead of Pakistan’s formal entry to the International Monetary Fund’s loan programme. The IMF, among other things, requires the government to leave the rates to market forces of demand and supply. This means the central bank would not fix the rate to keep the rupee artificially inflated, something it did in the tenure of former finance minister Ishaq Dar.