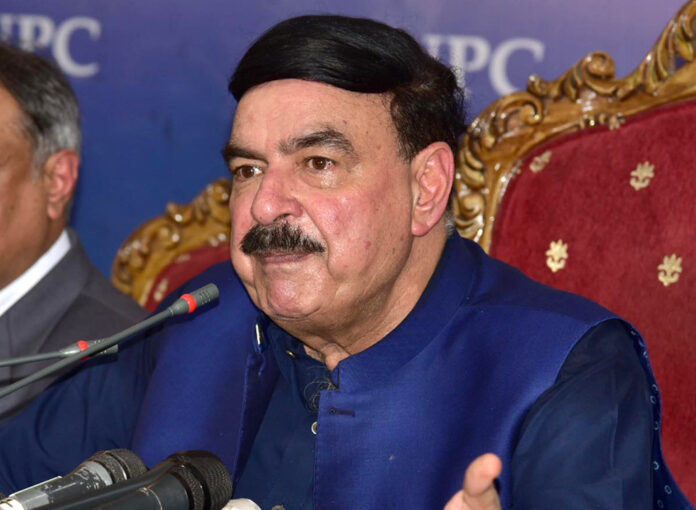 RAWALPINDI: Railways Minister Sheikh Rasheed Ahmed said on Wednesday that Pakistan Railway’s deficit had been reduced from Rs36 billion to Rs32 billion in the last ten months, vowing to end all the losses within the next five years.

Speaking at the inauguration ceremony of Sir Syed Express, he said efforts were being made to make Pakistan railways a profitable entity while the number of freight trains would also be increased.

He said the number of railways passengers has grown to over six million during the last nine months and “our target for the next year is ten million passengers”.

The minister said that the non-functional track of Pakistan Railways in Sindh has been restored.

The minister said the ML1 project, under which a new railway track would be laid from Peshawar to Karachi, was his old dream and its completion would boost the performance of Pakistan Railways.

He said after its approval from the Executive Committee of National Economic Council (ECNEC), the project would be inaugurated from the four provinces this month.

Sheikh Rashid said after completion of ML-I project, the travelling time between Rawalpindi to Karachi would be reduced to just ten hours.

He said a new command and control system was being set up for timely arrival and departure of trains, while WiFi facilities at all railways stations were being provided.

The minister thanked the prime minister for allocating Rs1.5 billion for Mother and Child Hospital in Rawalpindi under the Public Sector Development Programme (PSDP).