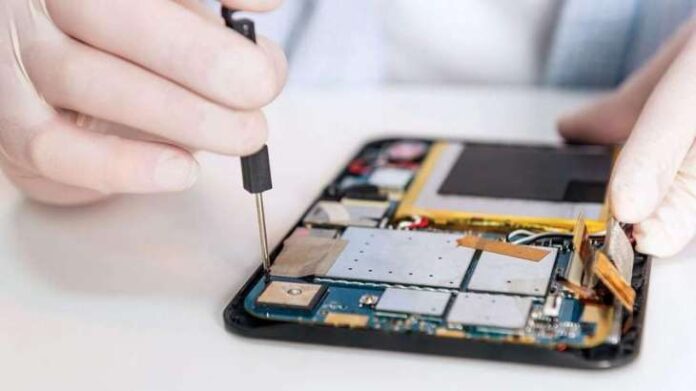 TOKYO: A simmering diplomatic row with Japan is threatening South Korea’s output of components that drive smartphones and computer displays, which analysts say could batter the global tech market and hike prices for consumers.

Tokyo last week said it would restrict exports of three chemicals vital to South Korea’s world-leading chip and smartphone industry in an escalation of a decades-long dispute over Japanese forced labour during World War II.

And with the issue showing no sign of ending any time soon, there are worries it could also delay the rollout of 5G technology and futuristic folding screens.

“If this situation persists, there may be reductions in production, which will drive up memory (chip) prices and certainly drive up end-product prices in turn,” said Avril Wu, senior research director at Taipei-based market intelligence firm TrendForce.

While South Korea holds stockpiles, shortages could set in after three months, she told AFP.

South Korean President Moon Jae-in has called the situation an “unprecedented emergency” and told business leaders to prepare for a drawn-out crisis.

On Thursday, the country’s ruling party called for an extra budget of 300 billion won ($250 million) to help local firms survive the upheaval, more than double what the prime minister had asked for a day earlier.

With Japan so far refusing to negotiate, the news is bleak for top market players Samsung Electronics and SK Hynix.

The two firms supply tech titans Apple, Huawei and Amazon, and together account for almost two-thirds of the world chip market, according to the Hana Institute of Finance in Seoul.

“With this trade row, Japan and South Korea are both losing the best partners. And neither of them will find good alternatives for a very long time,” he added.

“Ultimately, this will bring a stagnation or regression of the world’s most cutting-edge technology. The price of gadgets may rise, as chips will likely be in short supply.”

Tech companies are already under pressure from a weakening global outlook, while the chip sector is particularly suffering from weak demand.

Japan’s new restrictions also apply to the transfer of manufacturing technologies as well as the three chemicals, removing them from a list that effectively allowed expedited shipments.

It means exporters will now have to apply for permission for every batch they send to South Korea — a process that can take up to 90 days each time.

Len Jelinek, executive director of semiconductor research at IHS Markit, warned any reduction or elimination in the availability of the materials would “significantly impede” production.

“Because of the volume of chemicals required within the semiconductor manufacturing process, it is unlikely that the major chip suppliers will be able to find suitable quantities from suppliers outside of Japan,” he said.

Two of the chemicals targeted, hydrogen fluoride gas and photoresists, are essential to making memory chips, while the third chemical, fluorinated polyimide, is used for high-spec TV screens and smartphone displays, including in hotly anticipated folding models.

Japan reportedly produces some 90 percent of the world’s fluorinated polyimide, making it difficult for Korean companies to find alternatives elsewhere.

A Samsung official told AFP the firm was reviewing measures “to minimise further impact on our production” but declined to comment further.

Another key manufacturer LG Display said it had been testing fluorinated polyimide made in China and Taiwan to see if it can replace Japanese supplies if needed.

End-products that could be affected by Tokyo’s restrictions include Samsung’s Galaxy Fold — a top-end, foldable 5G smartphone that its makers hope will revive a sector struggling for new innovations.

In April, South Korea became the first country to launch nationwide 5G services, and in the same month Samsung rolled out its Galaxy S10 5G, the world’s first available smartphone with the technology built into it.

The smartphone giant has spent nearly eight years developing the Fold, whose planned release earlier this year was delayed because of screen problems.

But Park Jea-gun, an electronic engineering professor at Hanyang University in Seoul, warned that if the trade row continues it could impede such innovation.

“Reductions in chip production will slow everything down — including internet-based businesses that seek to utilise 5G’s significantly faster download speed, and solid 5G gadgets. And this will hurt the world’s economy in the long run.”