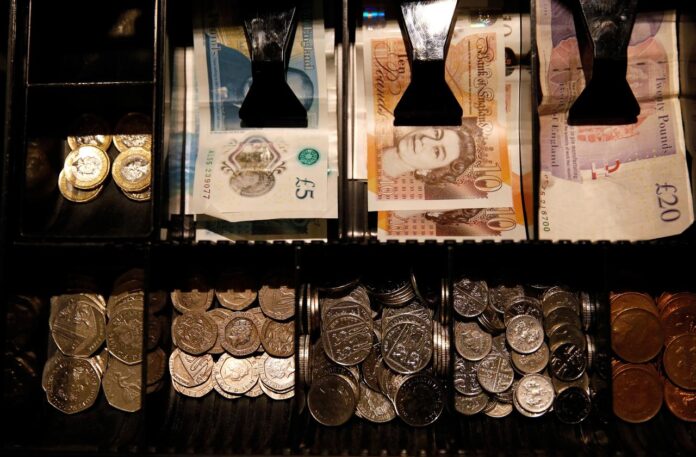 LONDON: Currency traders who were wary of positioning outright for a no-deal Brexit outcome seem to be finally be throwing in the towel: heavy selling has hit sterling this month and metrics such as derivatives and positioning suggest no respite ahead.

The question for the markets and public alike is just how far sterling could now weaken.

Just a cursory reading of historical chart troughs shows $1.20 within easy reach; on Monday the pound fell below $1.23 for the first time since March 2017.

But some major banks have talked of the possibility it could breach post-Brexit referendum lows of $1.1491. And then sights get trained on the historic all-time low of $1.0545 from March 1985, just before G7 powers acted to rein in the superdollar of the Reagan era in the so-called “Plaza Accord”.

The broad view that Britain would manage to agree some kind of transition trading agreement before leaving the European Union had until now kept investors more or less on the sidelines, out of concern that a last-minute compromise would send sterling rocketing higher.

What has changed now is that the UK government under new Prime Minister Boris Johnson seems to be actively preparing for a no-deal outcome. Johnson’s pledge to take Britain out of the EU on Oct 31 come what may, and his tough tone on Brexit talks seem to have galvanized market players into dumping the pound.

Then a growing swathe of dismal economic data has highlighted the Brexit fallout; it seems to have persuaded the Bank of England to turn more dovish and markets are ramping up bets on a rate cut by year-end

All that has sent the pound reeling 6pc since early-May. It is wallowing near a 30-month low below $1.23, having traded near $1.34 as recently as April. But its losses are far from over, options and futures imply.

Options data shows some “strikes” amounting to around $800 million, amassed around $1.23, a level sterling has now breached. Strikes are essentially the price at which an option can be exercised.

After that level, options traders report that some $3 billion in strikes are outstanding around $1.20 from now until end-2019. On July 17, such strikes totaled $1 billion.

However, the market may be underpricing the risk of a no-deal Brexit; options expiring after Oct. 31 are still significantly below levels seen before the original March 29 deadline.

Moreover, option dealers have been buying three-month options expiring before Oct. 31 – a possible sign they are bracing for an early parliamentary election.

Markets do not appear to be prepared for bigger falls – there are not many large option strikes below the $1.20 mark

There seems to be growing conviction that sterling is set for a volatile ride from here.

A look at the term structure of implied sterling/dollar volatility shows that three and six-month gauges of expected swings in the pound have jumped far more than one-year segments — clearly investors are taking no chances around the Oct. 31 deadline.

As demand for these options has surged, market-making banks have sharply hiked the cost of three-month-expiry implied volatility options, even though the contract does not yet roll to Oct. 31.

Three-month implied volatility, bid at five-year lows around 6 vols in April, has spiked four vols this month to over 10 vols — a 66% price increase.

“Pound volatility is picking up but is very cheap compared to the highs of last December and should keep moving higher,” Nomura strategists told clients.

NOT A VERY BIG SHORT

Often an asset’s price may be supported if investors are already “short” – essentially a bet on prices falling in the near future. Hedge funds indeed hold a substantial short position in sterling futures but the catch is that their cumulative short position is still far from an extreme amount. extreme. Net short in the market is still some way off from the record levels.

As of July 16, sterling short positions amounted to $5.7 billion, having risen for four weeks straight. But last September, the short was as big as $6.5 billion and it hit a record $8.4 billion in March 2017.