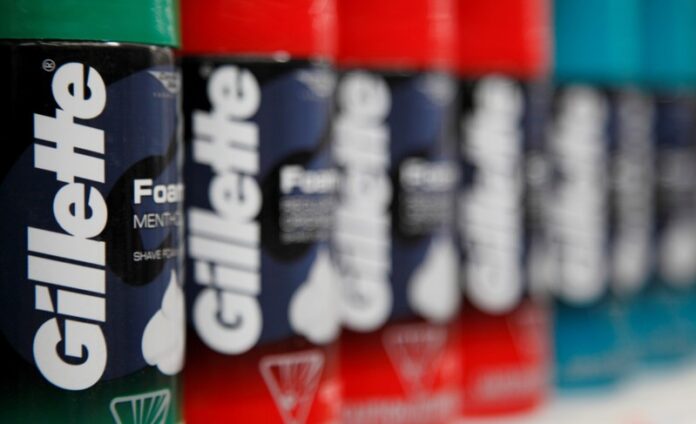 Procter & Gamble Co’s quarterly revenue and profit beat Wall Street expectations on Tuesday, sending shares up even as the world’s No.1 personal goods company took an $8 billion writedown on its Gillette shaving business.

Gillette razors, gels and foams are some of P&G’s most internationally distributed products. P&G said the writedown was due primarily to foreign exchange fluctuations, increased competition and a contracting market for blades and razors as consumers in developed markets shave less frequently.