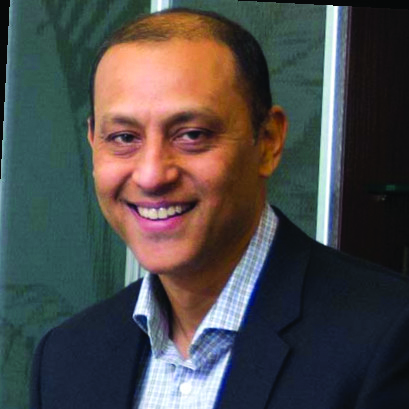 “I came to see during my time at IBM that culture is not just one aspect of the game, it is the game. In the end, an organization is nothing more than the collective capacity of its people to create value.”

These are strong words expressed by Louis Gerstner, the transformational CEO of IBM in the 1990s. We commonly refer to culture as something which sets apart any organization, a business, a nonprofit, governments, communities, and even political parties have unique cultures. But what is culture anyway? What do we understand from the term?

If you google it, the textbook definition of ‘underlying, beliefs and values of an organization’ will undoubtedly surface. We will admire a company for its culture and yet be at a loss to define it. At the most, we use terms like ‘open’ or ‘fresh’ or ‘youthful’ but the idea remains ambiguous.

Perhaps culture is easier to experience than define and even if we did have a clear definition, the real question is not how you define it but how you build a culture that is admired. Is there a recipe which we can use to build a successful organization culture? And how successful are Pakistani organizations in building winning and sustainable cultures?

What is the first thing you hear about any organization? Before we hear about profit and loss or values or leadership, you hear the story of the organization. You hear about its history, its evolution, how it started and the journey it undertook to be where it is now. The key with stories is not its length (new organizations cannot have long histories) but originality and ownership. Do people believe and own the story? Does it remain a one-person or one family story or evolve into something much bigger which people can relate with?

Relatively new companies like Amazon, Apple and Microsoft are slowly moving away from that charismatic one-person story just like the Ford Motor Company, Hewlett-Packard and Walt Disney did many decades ago. I wonder if we have any companies in our own homeland which have grown beyond the story of the entrepreneur or the family. Perhaps it is too early for us but perhaps also this realization has not hit our entrepreneurs yet.

The typical hierarchical organization has evolved from military structures where command and control were the foremost considerations. Militaries are required to be disciplined and organized as a strict, controlled force whereas the primary need of a business or enterprise today is to innovate and think out of the box. How do companies achieve this remaining within a command type structure?

To some extent, the information technology industry has challenged the old way of doing things and is developing flatter structures. Traditional enterprise needs to follow the technology sector if they are looking to maintain their pertinence in today’s world. Millennials are already finding them of lesser relevance and this trend is likely to increase in the coming generations. Do we see any innovative organization models in Pakistan? I am yet to see any evidence, at least not via publicly available information.

When people join an organization, they do so to make money and attend to their financial needs. They could also be interested in how prestigious an organization is. But is that all? Do money and prestige make one passionate about their work? Or could motivation beyond these, such as solving problems for society or providing customers with cutting edge solutions, be stronger drivers?

When you disassociate people’s motivation from immediate financial goals chances are that they will stay and build businesses or whatever else their organization aspires to do.

I looked up some well-known companies’ vision statements on their websites. Google wants to organize and share information, Apple wants to make great products, GE wants to usher in the next industrial era, Alibaba wants to make it easy to do business anywhere, and so on. I invite readers to look up vision and mission statements of Pakistani companies to decide for themselves how inspiring they find them.

Diversity plays a key role in building cultures. But diversity is not only about employing more females and religious and ethnic minorities in the workforce. It is about having diverse thinking at all levels of the organization. When you see people in an organization conforming to a specific way of thinking and belief, take it as a warning sign. Sadly, Pakistani organizations are typically single-minded, and, in some organizations and professions, people even look the same as everyone else!

As far as diversity with respect to women is concerned, it is good to see that the overall number of women entering the workforce has been rising. But most women working in management positions are usually found in areas such as human resources, information technology, and corporate communications. While these roles are important, they are not usually considered to be stepping-stones for succession into C-suite roles.

This, in my view, is the low hanging fruit for Pakistani enterprise. We can change the conservative and laid-back culture of our organizations by encouraging and appointing women to more central roles. In my opinion, women are more open and accessible and better people managers than men. I have seen how organizations change for the better when women assume mainstream roles.

It is important for an organization to develop its own norms for humor and play. We get so carried away with the seriousness of our jobs that we forget to remain lighthearted through it all. Effective teams learn to balance the seriousness with a good sense of humor. In fact, the more difficult and stressful the task, the more lighthearted one needs to be.

Notice how sports teams, airline crews, medical emergency teams and members of many similar high-stress professions have learned that humor and play are an essential source of being at ease with their work. How do Pakistani organizations perform in this area? From what I have observed, our hierarchical structures and restrained environment impede people from letting loose and being true to themselves.

Due to top management’s importance in influencing cultures, one of the key ingredients for appointments to these positions ought to be a well-developed sense of humor which encompasses the ability to laugh at their own selves quite often!

Effective organizations will also develop their own rituals and ceremonies. They will celebrate the smallest and the mundane together with the bigger achievements of the team. They will frequently try to find excuses to get together informally.

Allow me to digress a bit and mention the ridiculous surge in large scale celebration of religious and national holidays within corporations in Pakistan. I find the concept of Independence Day and other national celebrations in company head offices and factories mere show and façade. Truly engaging rituals are those which a team develops and takes ownership of. If employees feel strongly about hoisting flags the best thing would be to make the effort to visit historical places instead of doing so in their comfortable offices!

I could go on with other attributes of admirable cultures. The ones I have listed here are by no means exhaustive but the most critical, in my opinion. Building organizations is not simply about finding good people and designing a structure around them. Particularly in recessionary times, when people are worried about losing jobs, it is important for the leadership to make them realize that the team exists for more than sales, profits, and budgets. It is about shared culture and becoming a community of believers in the deeper reasons for the organization’s existence. Peak performance comes from this realization.