Trump talks up economy, talks down Fed amid mixed data 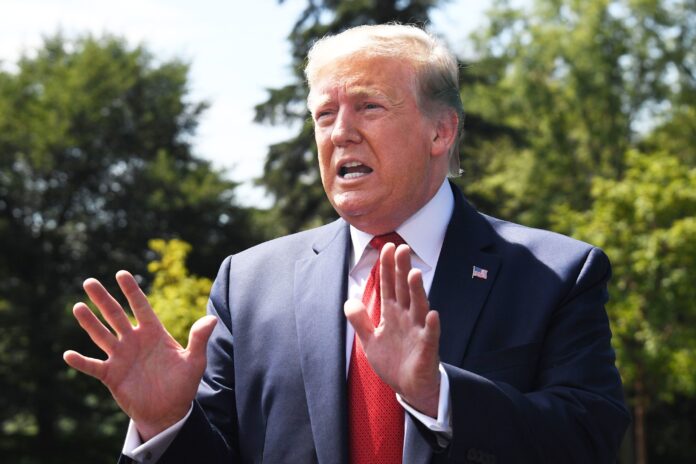 WASHINGTON: President Donald Trump on Thursday said the US economy was doing well and could be record-setting if only the Federal Reserve lowered interest rates further, as economic signals painted a decidedly mixed picture.

“The Economy is doing really well. The Federal Reserve can easily make it Record Setting,” Trump said on Twitter.

A government report on Thursday showed initial claims for jobless benefits fell sharply last week in a show of labour market strength. Another report, however, said the factory sector was contracting for the first time in almost a decade, while yields in the US Treasury market again flashed a signal of a potential recession brewing.