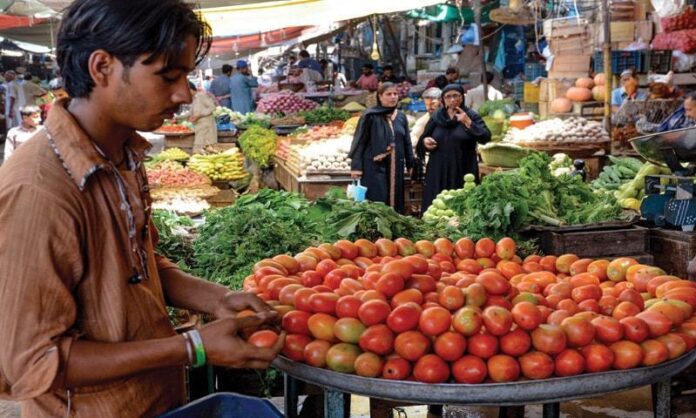 ISLAMABAD: The Consumer Price Index (CPI)-based monthly inflation grew by 10.49pc in August 2019, as compared to the same month of last year.

On a month-on-month basis, the CPI national (with base year 2015-16) for the month of August 2019 increased by 1.64pc over July 2019, Member Pakistan Bureau of Statistics (PBS) National Accounts member Dr Bahrawar Jan told the media at a press briefing on Wednesday.

The average inflation rate during first two months of the current fiscal year (Jul-Aug) 2019-20 also grew by 9.44pc as compared to the same period of last year, he informed.

“In the old system of price monitoring, we used to give equal weightage to all areas including that of rural and urban areas, whereas in the new base year (2015-16), number of new methodologies have been introduced such as introduction of general sales tax, other taxes and fuel price adjustment to compute electricity tariff etc.,” he added.

Dr Bahrawar said that the monitoring of prices has now been made stringent through utilisation of modern technology.

“Androids are now being used for the collection of data from each shop across the country which ensures that the price checking teams have personally visited (the shops) to collect the data,” he added.

Under the new system, the PBS analyse CPI of urban and rural areas separately and then combine both results to determine a CPI National which is considered to be the standard CPI-based inflation rate for the country.

The urban CPI covers 35 cities and 356 consumer items whereas the rural CPI covers 27 rural centres and 244 consumer items. In the new base year 2015-16, National CPI for 12 major groups is also computed by taking weighted average of urban CPI and rural CPI.