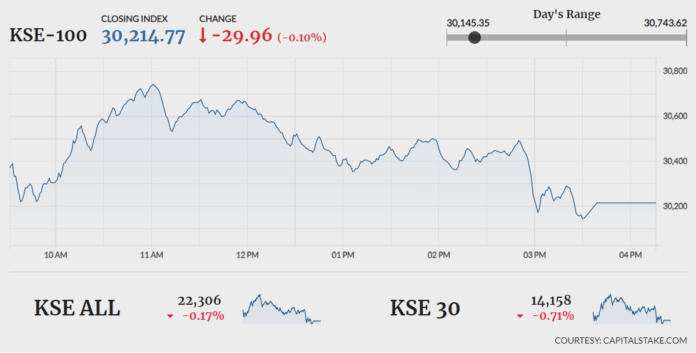 KARACHI: Bulls of the Pakistan Stock Exchange (PSX) failed to sustain their control on Thursday, as the indices took a U-turn in the late hours to end the session in red. Foreign investors offloaded stocks worth $4.57 million on Wednesday.

On the economic front, the National Electric Power Regulatory Authority (NEPRA) has allowed Rs1.78 per unit increase in the power tariff for all power distribution companies, except K-Electric.

Millat Tractors Limited (MTL +4.28pc) declared its financial performance for FY19. The company also announced a final cash dividend of Rs40 and bonus shares of 12.50pc, in addition to an interim cash dividend of Rs45 already paid. Sales declined by 19pc YoY, while earnings per share shrank from Rs120.43 in FY18 to Rs82.14.