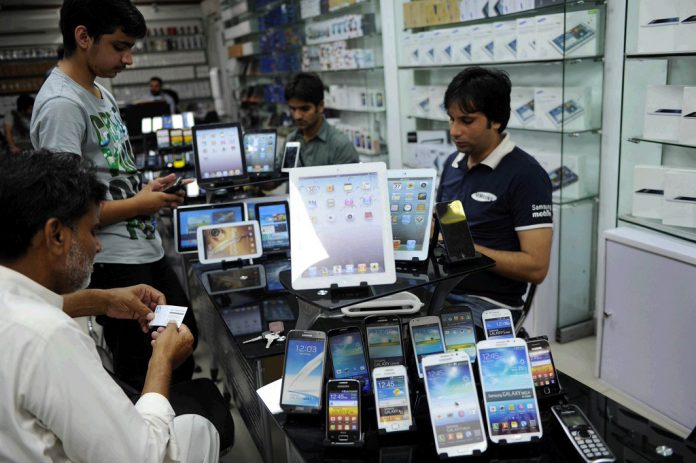 LAHORE: Mobile phone import bill, on a month-on-month basis, in July doubled in terms of value from $37.3 million to $73.8m (97.85 per cent), claimed a report published in Dawn.

The massive increase in mobile phone imports bill was unanticipated given the fact that inward shipments of handsets had consistently been declining during the last fiscal year amid sharp currency depreciation and hefty taxes and regulatory duties imposed by the government as part of its plan to compress demand in the wake of a balance-of-payments crisis.

The latest data for August has not been compiled yet, according to the Pakistan Bureau of Statistics Director (Trade) office in Karachi.

Cumulatively, mobile phone import bill dropped by almost a fifth from $741.8m in FY18 to $596.4m in FY19, according to data published by the State Bank of Pakistan (SBP). On a year-on-year basis, the handset imports in July rose by above 14pc ($64.6m) compared to the same month last year.

Similarly, the data on Pakistan’s mobile phones market compiled by Canalys — a leading global technology market firm — shows mobile phone imports shrank significantly in terms of number of handsets from the last financial year. From a monthly average of 1.1m phones brought into the country during FY18, the number decreased to the monthly average of 0.8m in FY19.

According to the report, industry resources say that massive currency devaluation over the last year forced users to switch away from high-end, expensive handsets to reasonably priced ones, offering similar features.