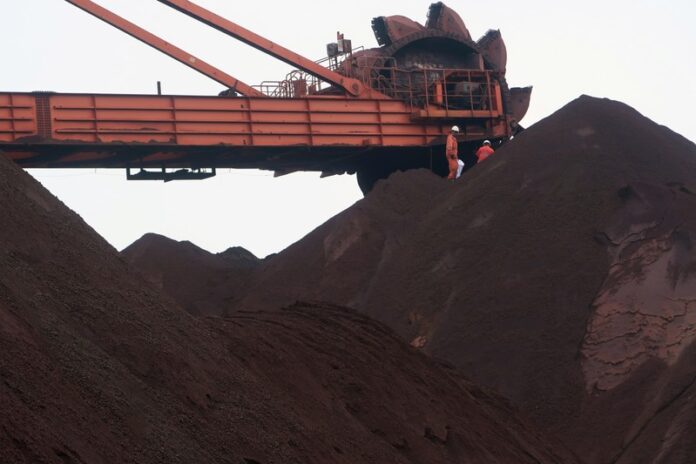 BEIJING: China has taken fewer shipments of iron ore from Iran over August and September, according to Refinitiv Eikon data, as additional export tariffs due to be imposed by Tehran have dampened risk appetites in the world’s biggest steelmaker.

Iran’s deputy minister of industries said earlier this month that exports of all steelmaking raw materials will be slapped with a 25pc tariff to meet demand in domestic steel industry, according to Iranian state-backed media Press TV on Sept 9.

The tariffs, which will cover various products from Iran’s iron mills, including iron ore and concentrates, will come into effect from Sept. 23, the Press TV report said.

Iran shipped 319,920 tonnes of iron ore to China in August, down 37.8pc from July and 23.4pc lower than a year earlier, according to Reuters calculations based on vessel-tracking and port data compiled by Refinitiv.

In September so far, China has taken 129,534 tonnes of iron ore from Iran, according to the same calculations and data.

“Not many traders buy iron ore from Iran because of the US sanctions,” said Zhao Yu, an analyst with Huatai Futures, adding that the freight charges are also high.

Two Chinese traders told Reuters they could only use cash and telegraphic transfer as payment methods, as it was “too sensitive” to go through banks for transactions with Iran.

“The main advantage of Iran ore is it’s low cost,” said a trader who buys 2 million to 3 million tonnes of iron ore from Iran a year.

“If (Iran’s) prices go up (from the tariffs), they can be totally replaced by other mainstream ores,” he said when asked why China did not buy more before the tariffs go into effect.

Also, the tariffs were announced on a short notice, he said.

“There’s not enough time to buy, load and clear customs.”

The trader said his company was considering substituting iron ore from Africa or Southeast Asia for Iranian ore.

Iran’s Ministry of Industry, Mine and Trade and customs department did not respond to requests for comment.

Iran shipped a total of 17 million tonnes of iron ore to overseas markets in the fiscal year ended March 20, 2019, according to data from the Iranian Mines and Mining Industries Development and Renovation Organization.

China, the world’s biggest iron ore market, consumes about 90pc of Iran’s exports of the material. China bought 14.7 million tonnes of iron ore from Iran in 2018, accounting for 1.4pc of its total imports.

“Applying such export tariffs from this month is too early,” said Keyvan Jafari Tehrani, an independent analyst of the iron and steel industry.

“I doubt whether the quantities (Iran) used to sell to China can be absorbed totally by the local market at the beginning.”