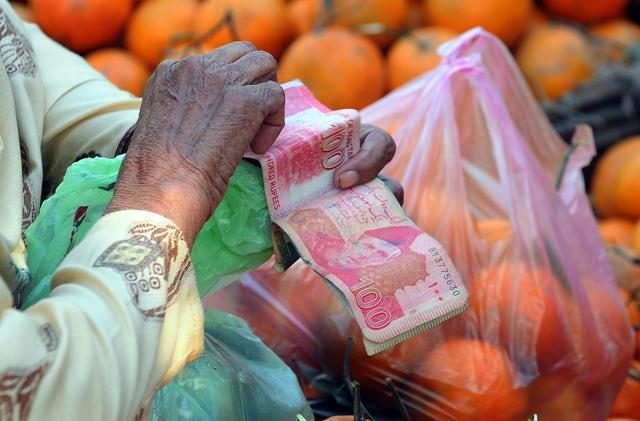 Details of the new mechanism for mapping the Consumer Price Index (CPI) have been issued by the Pakistan Bureau of Statistics (PBS), a private media house reported on Tuesday.

CPI inflation is widely used for making policy and investment decisions and can impact the course of central bank interest rates as well as the future cost of long-term investments.

Earlier, PBS had measured CPI inflation using prices of 487 items collected from 76 markets in 40 cities across Pakistan. The methodology over-represented urban consumption with the exclusion of 62pc of rural households.

The board has chosen for monitoring 11 markets from Karachi, five from Rawalpindi, four from Islamabad, seven from Lahore, three from Peshawar and two from Quetta, among other cities.

The old methodology had assigned equal weights to large and small cities. In the new base system, population weights have been introduced and cities will thus get weights according to their population size.

Contrary to the old system under which the arithmetic mean was being used, a geometric mean is now used in the new system.

In the old methodology, income quintiles were used to calculate inflation. In the new system, consumption quintiles have been introduced to capture the actual consumption pattern of households.

The earlier methodology was also using slab-wise electricity rates without taking into account taxes, surcharges, and Fuel Price Adjustment. In the new base, taxes and fuel price adjustments have been included to better determine electricity prices. Slab-wise consumer weights have also been introduced for calculation of quintile and combined prices.

For the first time in the history of the PBS, the bureau is going to introduce end to end electronic transformation of data with no human intervention.

In April this year, the Governing Council of the PBS had approved the new inflation rebasing mechanism for mapping the consumption of products in urban and rural areas of the country.