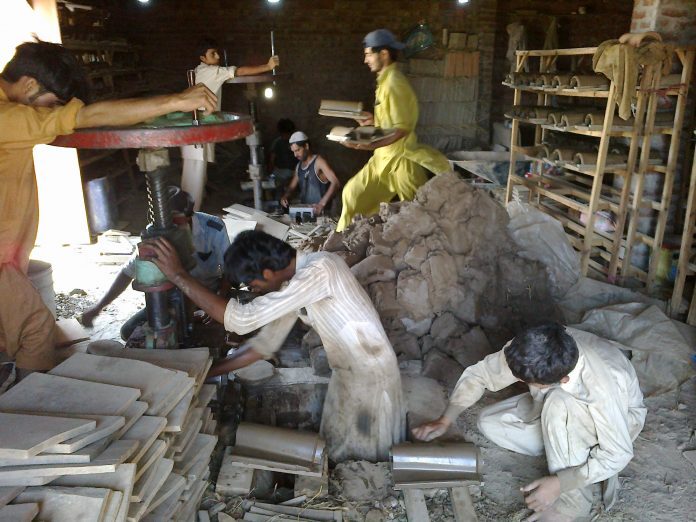 ISLAMABAD: As new Chinese companies are making investments in Pakistan’s tiles and ceramics sector, the local industry has voiced its concerns over facilities being provided to the new entrants, saying that the absence of a level playing field would harm the existing industry.

“The provision of a level playing field to all tiles’ manufacturers will increase competitiveness, create job opportunities and bring investments from new and existing players alike,” said Shabbir Tiles CEO Masood Jaffery while talking to a group of journalists in Islamabad on Saturday.

He said that tax rebates and incentives being given to new manufacturers are disturbing the balance in the local industry, as existing manufacturers, who have invested in financial and human capital over decades, are already under pressure due to the drastic increase in manufacturing cost and decline in sales.

“Our main raw material, clay, covers only around 25-35pc of the total costs whereas the major components are labour, energy and transportation, costs of which have increased significantly over the last few years owing to the devaluation of Pakistani Rupee against the US Dollar,” he added.

The country is faced with a difficult economic situation and many industries are holding back their investment plans and even laying off their employees, he lamented, urging the government to find sectors that can contribute to gear up GDP, boost exports and help the government address unemployment challenges.

“Pakistan has all the resources required to build a resilient tile manufacturing industry.”

He said only ‘Make in Pakistan’ approach can counter economic challenges, create jobs and save foreign exchange to uplift the economy. The government should incentivise not only the local tiles manufacturers but other local industries so as to ensure import substitution and export enhancement, he added.

Talking about Shabbir Tiles, he said that with international accreditation for quality, Shabbir Tiles has an enormous export potential that needs to be exploited but challenges like unfair imports and rising energy and manufacturing costs amid low ITPs are hurting the industry.

He said in recent years, the company invested approximately Rs2 billion on the plant and machinery and on the human resource development to upgrade the quality of the ceramic and porcelain tiles.

He appealed the government to support the local tile industry and give the same benefits to existing manufacturers that are being given to new investors.

“This will not only add value to the national economy through employment generation and transfer of technology but also save precious foreign exchange wasted on the import of finished products,” he added.

According to him, Pakistan used to have a strong ceramic and porcelain tiles industry but the growth of regional powers in the sector have overshadowed the local industry, forcing it to fight for survival.

The major market share has been grabbed by tiles being imported or smuggled in the country from China, Iran and the UAE, he added.

“Instead of controlling under-invoicing and smuggling being done through the Afghan Transit Trade, the government has burdened the local industry with high gas rates and increased freight charges,” Masood maintained.

He said the National Highways Authority (NHA) has recently imposed new restrictions on axle load at highways and motorways, hampering the transportation of clay from Mianwali and Mansehra areas.

“NHA has reduced the axle load to half. This means that the number of trucks required for transportation should be doubled.”

There are around four tile makers in the country and they have also lodged a complaint with the Ministry of Industries that a level playing field is needed for all tiles manufacturers to maintain justified competitiveness, he concluded.