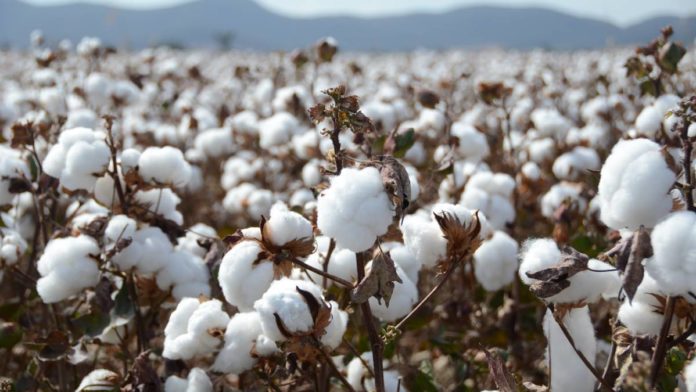 ISLAMABAD: One-third of the cotton crop has been destroyed due to the heat wave in Pakistan, especially in lower Sindh, said Senator Muzaffar Hussain Shah.

Chairing a meeting of the Senate Standing Committee on National Food Security and Research on Wednesday, he stressed the need for developing heat-tolerant, insect-resistant and high-yielding cotton seed varieties.

He also called for declaring a countrywide cotton emergency. “Production of only 10 million bales is expected in the current fiscal year 2019-20 against the target of 15 million bales,” he added. The committee voiced concern over the consistent decline in cotton output and underlined the need for taking immediate remedial measures for sustainable economic growth.

Moreover, it demanded the constitution of a special committee to examine the reasons behind the declining cotton production and come up with recommendations for enhancing the harvest.

The committee directed the cotton commissioner, who was present in the meeting, to submit a comprehensive report on local cotton production along with the issues and challenges faced by farmers and measures taken to address them. It asked the Ministry of National Food Security and Research to fix a minimum support price for cotton to protect the farmers and encourage them to grow more cotton in future.

The national food security and research secretary informed the committee that the matter of indicative price of cotton had been taken up with the authorities concerned.

Attributing the low cotton yield to the use of conventional seed varieties, he stressed the need for approving special grants for research institutions such as the Pakistan Agricultural Research Council (Parc) and the Pakistan Central Cotton Committee (PCCC) aimed at promoting research for developing new seed varieties.

The secretary pointed out that the government had fixed the wheat support price at Rs1,300 per 40 kg while the commodity was available for Rs1,648 per 40kg in the market.

He said the annual domestic consumption of wheat was about 26 million tonnes and sufficient stock was available to meet local needs. “In Punjab, the price of a 20kg flour bag is Rs808,” he said.

The committee was assured that the government would do its best to ensure no further increase in prices.