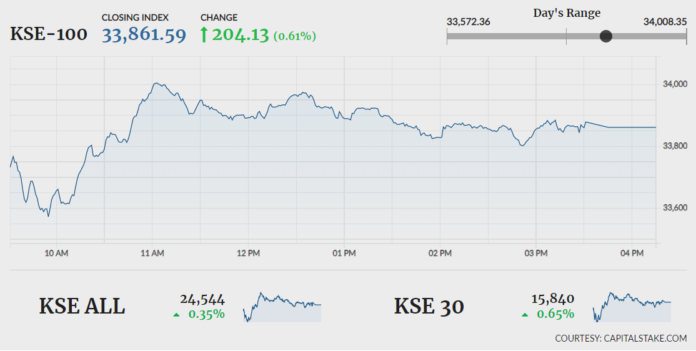 KARACHI: It was a busy start to the week at the Pakistan Stock Exchange (PSX) with earnings season hitting its peak. Indices traded in the green zone for the most part of Monday while volumes remained at par with previous weeks’ average.

Foreign investors emerged as net buyers in the outgoing week (Oct 21- 25) after four consecutive weeks as net sellers. A net inflow of $2.78 million was recorded.