Cabinet may also approve reconstitution of the SSGC board 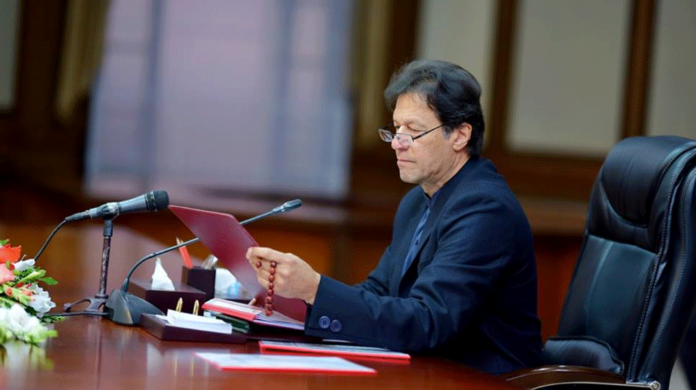 ISLAMABAD: The federal cabinet is likely to approve restructuring of the Board of Directors (BoDs) of Pakistan LNG Limited (PLL) and Government Holding (Pvt) Limited (GHPL), Pakistan Today has learnt.

According to sources privy to the development, the federal cabinet would take up 13 agendas in its upcoming meeting, to be held under the chair of Prime Minister Imran Khan at the PM’s Office tomorrow (Tuesday, 29th October). Several ministries/division would table their summaries before the meeting and seek necessary approvals from the cabinet.

Besides agenda items, issues pertaining to Indian atrocities in occupied Kashmir and Azadi March of the opposition parties would also be discussed in detail during the meeting, sources said.

As per details, the government is set to take up the Petroleum Division summaries, seeking approval for the reconstitution of the Sui Southern Gas Company Limited (SSGCL) board and restructuring of the Pakistan LNG Limited (PLL) and Government Holding (Pvt) Limited (GHPL) BoDs.

According to documents, the Establishment Division would table a report on the existing vacancies for CEOs/MDs in ministries/divisions and attached departments, while the Aviation Division would present a summary pertaining to high rise constructions in Karachi, Lahore, Peshawar and Multan.

During the cabinet meeting, the finance division would seek the cabinet’s approval on pay package for the post of the Central Directorate of National Savings director general, while the division would also seek approval for the inclusion of Economic Affairs Minister Hammad Azhar as member of National Executive Committee (NEC), and Director General Military Operation (DGMO) and 1SI director general as members of the General Committee (GC) under Section 5 & 5 (4) of AML Act, 2010.