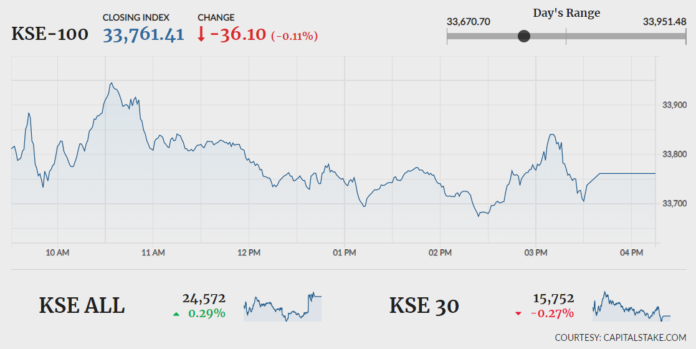 ISLAMABAD: The Pakistan Stock Exchange (PSX) witnessed another range-bound trading session on Wednesday, as the indices swung both ways in search of a clear direction before settling flat.

Following the failure of talks between the business community and the government on Tuesday, the traders continued their strike against tax measures introduced by the Federal Board of Revenue (FBR). As per media reports, in order to end the ongoing deadlock, the FBR has drafted a fixed tax scheme for traders which would be discussed with businessmen in a session that would be presided by Advisor to Prime Minister of Finance Dr Abdul Hafeez Shaikh.