In the last three months, Pakistan's stock market surged by 30pc while Ireland's stock market increased by 20pc followed by Russia's RTS index with a positive change of 15pc 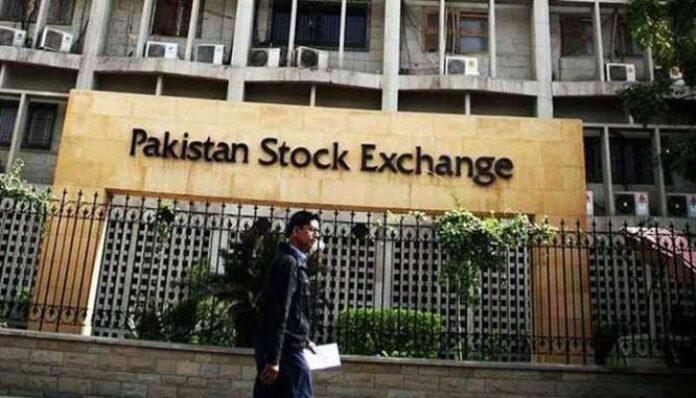 ISLAMABAD: Pakistan stocks have outperformed the world’s leading stock markets during the last three months due to the government’s steps to stabilise economy, Bloomberg reported on Wednesday.

The report said that during the previous three months, Pakistan’s stock market surged by 30pc while Ireland’s stock market increased by 20pc followed by Russia’s RTS index with a positive change of 15pc.

The rally that has helped Pakistan stocks trounce the rest of the world in the past three months is not done yet, according to one brokerage.

Large investors, including mutual funds and insurers, are expected to jump in as double-digit returns from fixed income have begun to ebb away, A.A.H Soomro, managing director at Khadim Ali Shah Bukhari Securities Pvt, said in an interview with the Bloomberg.

Pakistan’s KSE-100 Index has advanced to the highest level in seven months, after falling to the lowest in almost five years in August, amid attempts by the government to stabilize the economy with a $6 billion loan from the International Monetary Fund after a deficit blowout. At the same time, bond yields have begun to fall after peaking around 14% mid-year, making debt investments less attractive.

“Banks are rethinking their strategy. They have to look at riskier assets now,” said Soomro, who spent about a decade as a fund manager at companies including Tundra Fonder AB. “So, the stock market is a tempting bet.”

With stocks trading at overbought levels, it’s probably inevitable there’s a pause for breath, Soomro said. The rally will resume as more investors come in. The KSE-100 fell on Wednesday after five straight days of gains.

Foreign investors have bought $64 million of the nation’s stocks this year, set for the first annual inflow since 2014. Their purchases will gather pace February after the nation’s next review by the Financial Action Task Force, Soomro said.

Pakistan made just enough progress on global anti-money laundering and counter-terrorism financing standards in October to escape being placed on a blacklist. Still, the watchdog asked the nation to complete its action plan by February.

London-based Oxford Frontier Capital bought about a 40% stake in KASB Securities to relaunch the brand that was once the largest domestic brokerage in Pakistan. U.K.-based Sturgeon Capital also acquired a minor stake in KASB earlier this year.