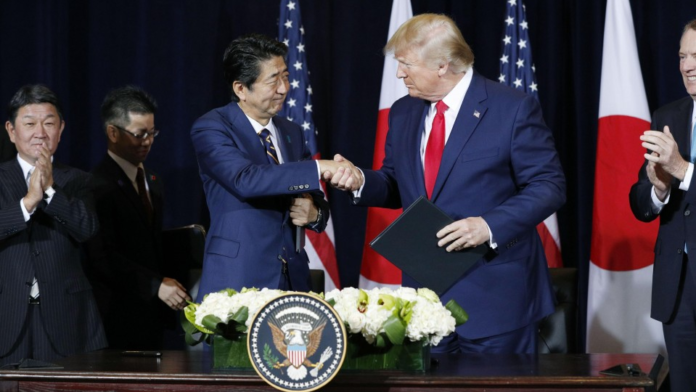 WASHINGTON: US Trade Representative Robert Lighthizer on Wednesday applauded Japan’s legislative approval of limited US trade deals and said that President Donald Trump was expected to sign an implementing proclamation next week.

The deal, which improves access to Japan for US farm products such as beef and pork while reducing some US tariffs on Japanese industrial products, does not require approval by the US Congress, but Democrats have complained about a lack of information about the deal from the White House.

“I commend Japan’s quick action to approve these important trade agreements between our two nations, which are the world’s first and third largest economies,” Lighthizer said after its approval by Japan’s Diet. “We expect the president to sign the implementing proclamation for the United States next week.” Lighthizer said the deal will benefit US farmers, ranchers and digital services providers.

The agreement does not address autos trade, the biggest source of the $67 billion US goods trade deficit with Japan. US Commerce Secretary Wilbur Ross on Tuesday told Reuters that Trump has not ruled out imposing tariffs on auto imports, including those from Japan, despite the expiration of a review period last month.

The trade representative said the United States and Japan “will begin consultations early next year in order to enter into further negotiations on a broader trade agreement.”