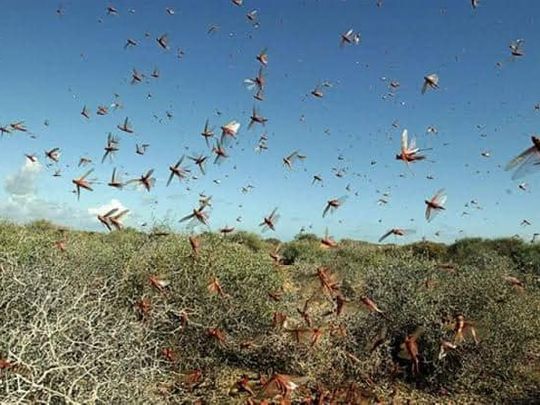 According to a statement issued by the ministry, Bakhtiar spoke to Sindh Chief Minister Murad Ali Shah in this regard, asking him to set up a joint task force for the effective implementation of the combat plan.

The minister, after taking control of the ministry, had sought briefing about the efforts rendered by the department and result achieved to that effect. He was briefed that DPP had utilized all its available resources, both at ground level and aerial, to combat the desert locust.

Bakhtiar talked to the Sindh governor and CM to evaluate the enormity of the situation. He directed the department concerned to rigorously track the movement of locust swarms to contain and prevent it from entering agricultural land.

Bakhtiar resolved that no efforts would be spared to beat the looming perilous situation. Moreover, the minister called an emergency meeting in the ministry to discuss the best possible options and resources to expedite efforts in this regard.