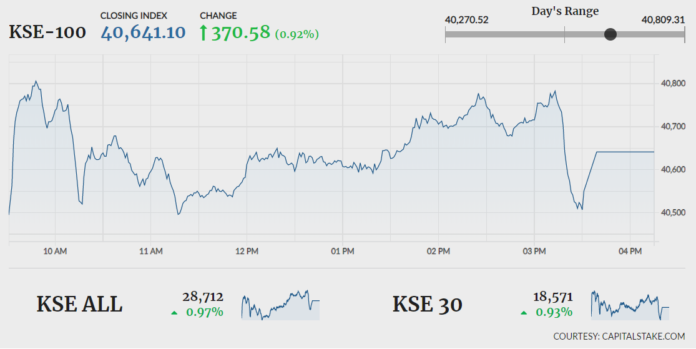 KARACHI: The Pakistan Stock Exchange (PSX) continued to accumulate gains on Thursday, with the benchmark KSE-100 Index adding over 500 points intraday. Foreign investors remained net sellers in the preceding session with a net outflow of $1.93 million.

According to latest data released by the All Pakistan Cement Manufacturers Association (APCMA), domestic cement sales increased by 5.11pc YoY to 3.54MT in November 2019, while exports surged by 43.53pc to 0.81MT. Local consumption in the northern region was recorded at 2.98MT whereas exports from the area came in at 0.26MT. The south region, on the other hand, recorded consumption of 0.56MT and exports of 0.54MT.

Meanwhile, Pakistan’s liquid foreign exchange reserves held by the State Bank of Pakistan increased by 2.66pc or $415 million to $15,993 million (as on 29th November). The reserves on 22nd November stood at $15,578 million.