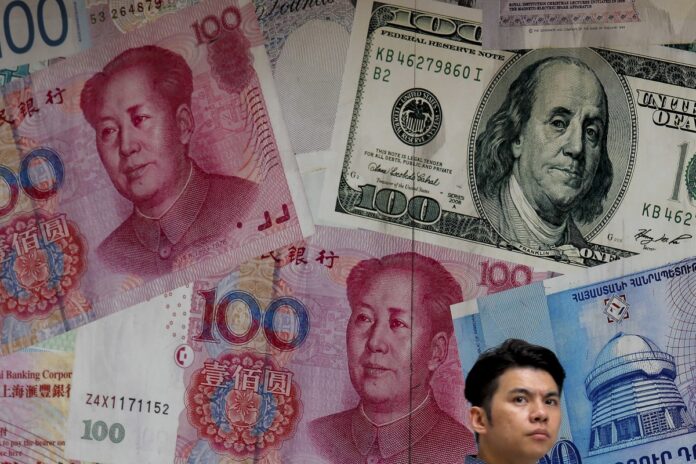 Analysts polled by Reuters had expected China’s reserves, the world’s largest, would fall $4 billion to $3.101 trillion in November.

Despite the slowing Chinese economy and escalating US-China trade war, its reserves have been gradually rising since late 2018, helped by tight capital controls and rising inflows from foreign investors who are snapping up the country’s stocks and bonds.

Modest changes in reserve levels in recent months have been largely ascribed to fluctuations in global exchange rates and the value of assets that China holds such as foreign bonds.

The yuan has been driven largely by twists and turns in the 17-month long trade war between China and the United States.

After sliding sharply this summer as the dispute suddenly escalated, the yuan rose for three straight months through November on hopes of a trade truce, only to slide again in early December as tensions between Washington and Beijing flared. Fresh US tariffs on Chinese goods are set to take effect on Dec 15.

It gained 0.12pc against the dollar in November but remains about 2.3pc weaker for the year to date.

The dollar, meanwhile, rose about 1pc against a basket of other major currencies in November.

China held 62.64 million fine troy ounces of gold at the end of November, unchanged from October.

China’s economic growth cooled to 6.0pc in the third quarter, the slowest pace in nearly 30 years, and many economists believe it will decelerate further into the upper 5pc range in 2020.

Still, analysts note capital outflows have been modest compared with the last economic downturn in 2015-16 when policymakers burned through roughly $1 trillion in reserves supporting the yuan.

China’s central bank has started to slowly trim interest rates in recent months, and more reductions are expected in coming quarters to avert a sharper slowdown.

But analysts believe those cuts will likely be more gradual and smaller than those in 2015. If so, moves in the yuan are likely to be influenced more by trade developments than policy easing.