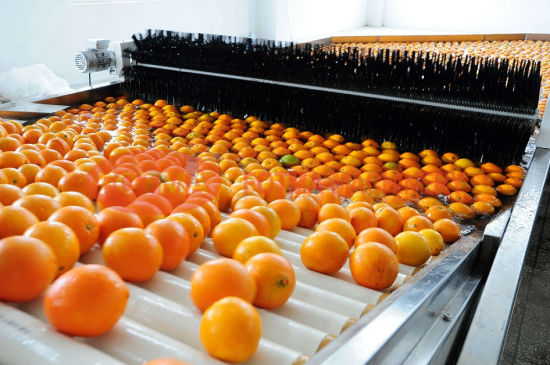 ISLAMABAD: The export of kinnow from Pakistan has started and an export target of 300,000 tonnes has been set for the current season, which is expected to generate valuable foreign exchange worth $19.5 million.

Of the anticipated kinnow production of 2.2 million tonnes, around 15-20pc would be exported.

According to All Pakistan Fruit & Vegetable Exporters, Importers & Merchants Association (PFVA), “Keeping in view the huge losses sustained by the kinnow exporters in the Russian market during the previous season, the exporter target for the current season has been kept 50,000 tonnes less than the last year.”

Owing to stiff competition in the Russian market, the exporters had to export kinnow to Russia at a much lower rate than its actual cost of shipment, leading to financial losses of around $6 million in the previous season.

“To meet the export target of 300,000MT, it is imperative that we have close coordination among the shipping companies, concerned ministries and departments,” PFVA head stated Waheed Ahmed opined. “If we don’t encounter any disturbances in supply or transportation, we will leave no stone unturned to even go above the set export target.”

According to Ahmed, since the existing kinnow orchards have already completed their lifecycle and don’t have adequate resistance to counter the effects of climatic changes and diseases, Pakistan is now confronted with the issue of “quality”.

“It is the need of the hour to harvest new varieties of citrus fruits,” he suggested.

The PFVA chief noted that the season of citrus fruits is limited to four months only. “However, with the production of new varieties, this period can be extended to eight months which means we will have a wider window of time for export and thus the existing export volume can be enhanced to $1 billion.”

Meanwhile, it has been learnt that owing to serious issues of quality, the association had self-imposed a ban on kinnow export to Europe since 2014.

Europe is a huge market for Pakistani kinnow and can easily accommodate around 1,000 containers. However, to avert any likely ban by Europe over ‘quality’, Pakistani exporters had stopped the export of kinnow to the region.

According to exporters, the European market offers better price of Pakistani kinnow compared to other conventional international markets. Had the export to this market continued, the overall kinnow export would have enhanced by 50pc, they added.

Stressing the need to improve the quality of kinnow, the exporters urged the government to get access to international markets that are currently inaccessible.

They called upon the Ministry of National Food Security & Research and the provincial governments to initiate the process of R&D in the horticulture sector so that concerns regarding food security could be addressed.

PESHAWAR: Hurdles in Pak-Afghan trade are the biggest reason behind Iran gaining control of 50 per cent of the cement market in Afghanistan, Profit...
Read more