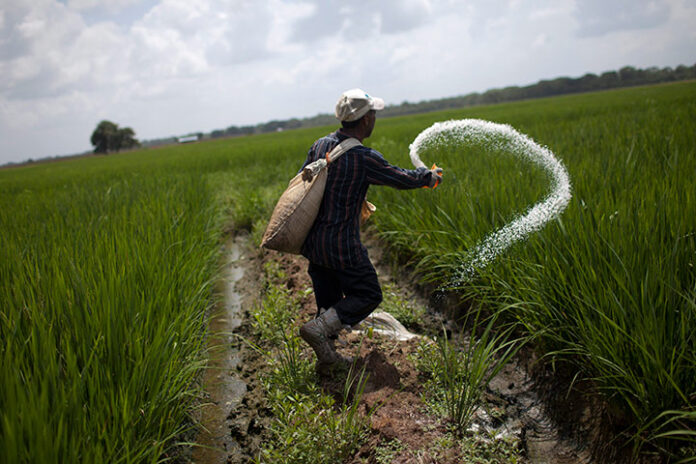 LAHORE: Stakeholders in the fertiliser industry have expressed their fears that the recent tax ordinance passed by the federal government on 26th December will restrict fertiliser companies from claiming input sales tax on retailing of urea to unregistered dealers.

The government’s new law will have serious implications for the industry, particularly the farmers, since 99pc of urea dealers are not registered in FBR.

The law in question reads: “A registered manufacturer shall make all taxable supplies to a person who has obtained registration under this Act … failing which the supplier shall not be entitled to claim credit adjustment or deduction of input tax as attributable to such excess supplies to unregistered person.”

According to a document sent to the press by members of the fertiliser industry, while the intent of the law is appreciated, it has serious business implications. “The supply chain of fertiliser across the country would be disrupted badly since registration of existing dealers’ network or induction of new dealers is expected to take considerable time,” it reads. “The loss on account of inability to claim the refund/adjustment on the attributable input sales tax on supplies to the unregistered dealers may lead to uncalled for price hike leading to incremental burden on farmers that is not the desire of industry or govt.”

According to details, an industry-wide impact worth billions of rupees per annum is expected. In the middle of Rabbi season, any disruption of the supply of Urea will have serious implications for the wheat crop and endanger the national food security.

On the edge of government policies, the fertiliser industry has claimed that it is already facing the input and output GST imbalance and this new ordinance, which has been enforced without addressing the legitimate concerns of the fertilizers companies, will lead to losses in billions.

In simple terms, a fertiliser manufacturer is paying Rs125 as input GST and collects Rs40 as output GST, thus Rs85 refund to the fertiliser manufacturer per bag. As per the new ordinance, fertiliser companies would not be able to claim the Rs85 to the government because 99pc urea dealers are not GST registered, which costs the industry in a loss of Rs10 billion. Furthermore, at this stage, the government is already liable to pay Rs29 billion of fertilizers manufacturers on account of previous sales tax adjustments.

In a statement, Executive Director of Fertilizer Manufacturer of Pakistan Advisory Council (FMPAC) Brig (r) Sher Shah stated: “Contrary to the government’s claim of promoting ‘ease of doing business’, this ordinance may have serious implications on the fertiliser industry as well as the farmers, as the entire supply chain is feared to be disrupted since registration of the existing dealers is expected to take considerable time.”

Members of the industry are therefore urging the FBR to allow reasonable time to targeted dealers for registration, he further added in his statement.