As US election heats up, investors brace for volatility 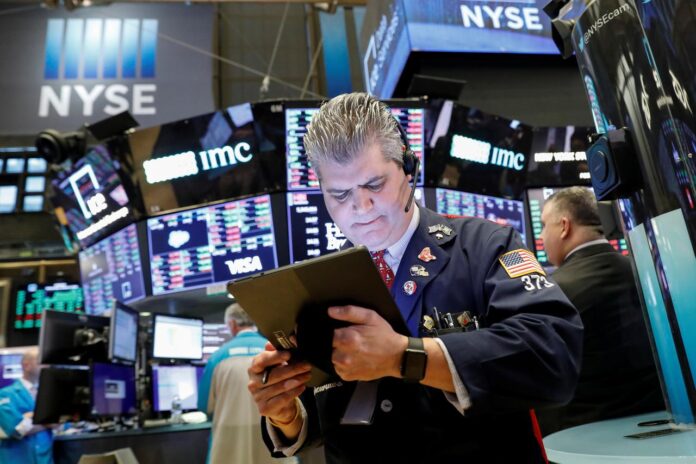 NEW YORK: A US stock market that has weathered trade wars, weak corporate earnings, and now a US-Iran conflict to continually hit record highs faces a new obstacle: the 2020 US election season.

Investors are bracing for more volatility as soon as early February when Democratic voters in Iowa and New Hampshire kick off the primary season. Clues about which candidates will have momentum heading into next month will emerge on Tuesday, when the Democratic Party holds its next presidential debate.

Stocks could retreat if a progressive candidate scores a few early victories or if seemingly more market-friendly moderates, such as former Vice President Joe Biden, fail to register much support.

The market may face political uncertainty for months if it takes a long time to select the Democratic candidate, who would then face a hard-fought race against President Donald Trump before the November election.

“It wouldn’t surprise me, especially coming off what has been a very solid year in markets, for investors to kind of take a wait-and-see approach,” Arone added.

After gaining about 29pc in 2019, the benchmark S&P 500 has kept pushing higher, minting fresh record highs on Thursday, as US-Iran tensions appeared to have abated for now.

Some investors still believe Wall Street is ripe for a pullback.

Levine called the elections a “sleeper issue” because stocks are pricing in a market-friendly outcome.

Investors said they are weighing scenarios that would be relatively favourable for stocks overall. These include Trump’s reelection and victory by a seemingly moderate Democratic candidate such as Biden or former New York City Mayor Michael Bloomberg.

But stocks could fall if US senators Bernie Sanders or Elizabeth Warren, who are seen as more likely to push for increased regulations in areas such as healthcare and technology, and for wealth taxes, outperform in the primaries.

“The more Joe Biden and other moderates are overtaken by the progressives, I think the market will very gradually begin to price in more headwinds,” said Dave Lafferty, chief market strategist at Natixis Investment Managers in Boston.

Shares of healthcare companies were pressured last year by worries that Warren and Sanders would push through a government-run Medicare for All. Those fears have eased, but healthcare is one sector likely to face the election spotlight this year, along with technology, financials and energy.

With no strong favorite currently, Trump’s Democratic opponent may not be clear by March 3, when more than a dozen states vote on Super Tuesday.

“Uncertainty is never good for the stock market,” said Matt Maley, chief market strategist at Miller Tabak, who added that following Super Tuesday, “you usually know who the candidates are going to be and this time around there’s a good chance that you won’t.”

Another factor is control of Congress. Trump’s Republican party holds the Senate, while Democrats have a grip on the House of Representatives – split control that investors say is relatively market friendly.

But if there is a Democratic wave in November that also flips the Senate, stocks could be hit, investors said, as presidential and congressional control by one party could pave the way for major policy overhauls.

“The most violent reaction would be to a progressive Democrat with the potential for control of Congress,” Arone said. “I give that a low probability, but that’s what investors are most concerned about.”