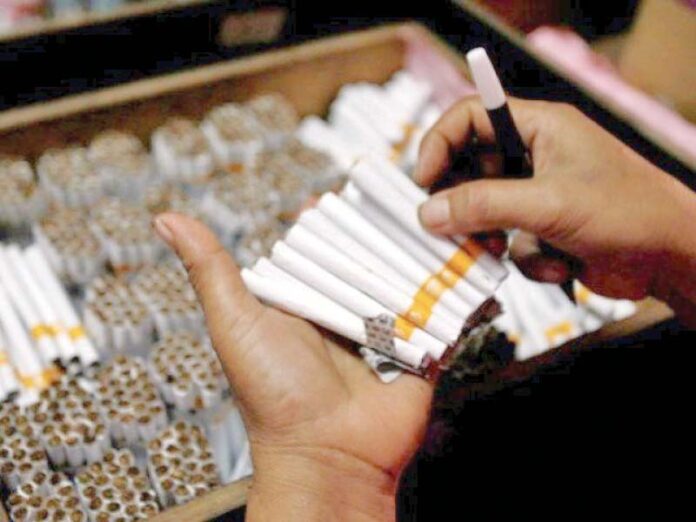 ISLAMABAD: The country’s tobacco industry caused a whopping Rs153 billion loss to the national exchequer from 2016 to 2019.

This was informed by Campaign for Tobacco Free Kids Country Representative Malik Imran Ahmad while addressing a session titled ‘Loss of revenue because of deceptive tactics of the tobacco industry’, organised by the Society for the Protection of the Rights of the Child (SPARC), Human Development Foundation (HDF) and Pakistan National Heart Association (PANHA) on Friday.

Ahmad pointed out that the tobacco industry was awarded a low tax rate while adjustments were made in the prices of its most sold brands.

He further said that after the introduction of the third tier, around 160 billion cigarettes were produced between May 2017 and March 2019, adding that big tobacco companies share 75pc of the total market, which means they were able to sell 120 billion cigarettes in the same period.

“Local manufactures of cigarettes have their representation in the Senate and National Assembly and big companies even approach the prime minister to plead their case regarding taxation on tobacco products in Pakistan,” Malik lamented.

He said that the level of under-reporting of cigarette production in Pakistan has significant negative implications for government tax revenue. Revenue loss due to undeclared production is estimated to be Rs31 billion and by including GST revenue, it becomes Rs37 billion.

He added that the volume of illicit trade is very low as compared to the claims made by the tobacco industry. “The annual economic cost of smoking in Pakistan is as high as Rs143.208 billion.”