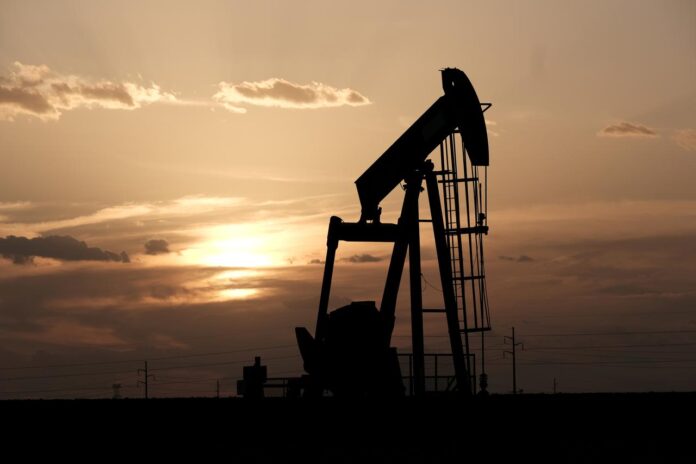 HOUSTON: Brent crude prices steadied on Friday, paring earlier losses as Middle East tensions erupted again after the United States added new sanctions on Iran in retaliation for its missile attack on US forces in Iraq this week.

Also, a Russian navy ship “aggressively approached” a US Navy destroyer in the North Arabian Sea on Thursday, the US Navy’s Bahrain-based Fifth Fleet said in a statement on Friday.

“With the standing down of Iran there was a sense that oil supplies were pretty safe but now with the institution of sanctions and this report that a Russian ship was acting aggressively toward a US ship, it’s put a little bit of fear back into the market place,” said Phil Flynn, oil analyst at Price Futures Group in Chicago.

The United States imposed more sanctions on Iran on Friday, targeting Iran’s manufacturing, mining and textile sectors as well as senior Iranian officials who Washington said were involved in the Jan 8 attack on military bases housing US troops.

However, prices were heading for their first weekly decline since late November, with Brent on track for a 4.5pc loss and WTI set for a 5.8pc decline, both benchmarks now below where levels was before the US drone strike killed Iranian general Qassem Soleimani on Jan 3.

Iran had responded to a US drone strike that killed the top Iranian general with a missile attack on Iraqi air bases hosting U.S. forces that left no casualties. But a Revolutionary Guards commander said Iran would take “harsher revenge” soon.

Still, there has been no disruption to Middle East oil production as a result of the flare-up in tensions and other indications this week suggest supply is ample.

Crude inventories in the United States rose unexpectedly last week and gasoline inventories surged by their most in a week in four years, the Energy Information Administration said on Wednesday.

In a bid to tackle any build-up of excess supply, the Organization of the Petroleum Exporting Countries plus allies including Russia are embarking on a further cut in production as of Jan 1 this year.

Industry surveys, including from Reuters, showed that OPEC output declined in December ahead of the new pact. Still, production remains higher than the forecast demand for early 2020, according to some analysts.

But oil prices may find support in coming months due to improving fundamentals as the United States seems to have “plateaued on production, and OPEC is sticking with its cuts,” said Phil Streible, chief market strategist at Blue Line Futures in Chicago.