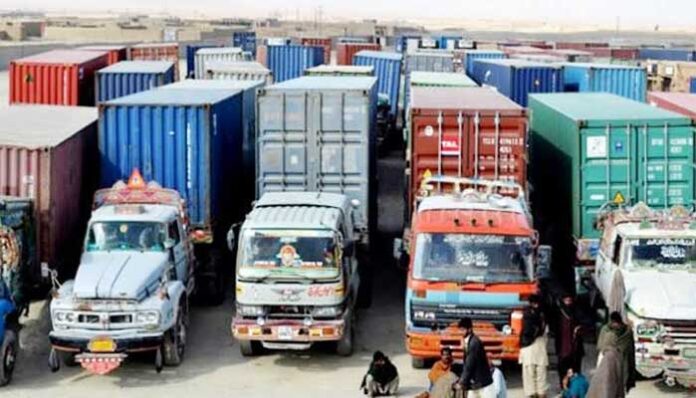 ISLAMABAD: As the transporters’ strike continues, horticulture exporters fear that they may face huge losses as perishable items in containers stuck at various places for the past one week are rapidly degrading.

According to office-bearers of the All Pakistan Fruit and Vegetable Exporters, Importers and Merchant Association (PFVA), all containers of oranges, potatoes and onions are still en-route from parts of Punjab and Sindh to Karachi Sea Port.

These containers, worth $1500,000, are operating using either the main electric supply or standby generators for maintaining a specific temperature to ensure that the quality of perishable items remains intact. However, PFVA’s Waheed Ahmed, says that it is becoming difficult for them to ensure continuous electric supply to these containers due to frequent power interruptions and breakdown of generators.

“It is difficult to ensure a constant temperature in containers stuck on main highways and connected roads in Sindh and Punjab,” he said.

Waheed said that if the strike continues, it would not only affect the quality of the perishable cargo badly but it would also impact the cost of each container as there is a possibility of foreign buyers to switch their orders to India. “The importers cannot wait so long and this means the exporters will suffer huge losses. This country desperately needs valuable foreign exchange,” he added.

While the horticulture sector is likely to suffer the most, other sectors too have expressed their concerns. Goods of export-oriented industries are ready to be shipped but the exporters are facing difficulty in finding containers and transport vehicles to move them to ports. Exporters claim that if export shipments are not dispatched timely, they will have to resort to air shipments and that would cause an exceptional financial burden on them.

It is worth mentioning here that a countrywide strike of transporters against a new regulation and imposition of heavy fines entered its fifth consecutive day on Friday, though government officials said they were hopeful of resolving the issue soon. The communications ministry recently enforced a new axle load control regime to address the problem of overloading that can cause accidents or damage highways. However, goods transporters have been demanding the restoration of axle load law as per the National Highway Safety (NHS) Ordinance, 2000.

Transporters say they have taken 400,000 vehicles off the road to protest the new regulation. “Our drivers are fined up to Rs10,000 in the name of online verification of their licenses which are issued by government authorities. Besides, they are also fined for overloading vehicles despite the fact that the law dealing with the issue has not even been promulgated,” Imdad Hussain Naqvi of the All Pakistan Goods and Transporters Association said in a statement.

According to United Goods Transport Alliance Chairman Ghulam Yaseen, the previous fine of Rs500 had now been raised to Rs5, 000. The authorities were also making changes in the axle load conditions from time to time, which should be settled once and for all, he stressed. “By imposing heavy fines, the authorities are not saving the roads,” he said.