Govt introduces 'Rs5,000 subsidy' and 'per-acre yield competition' for sunflower growers so as to decrease dependence on edible oil imports 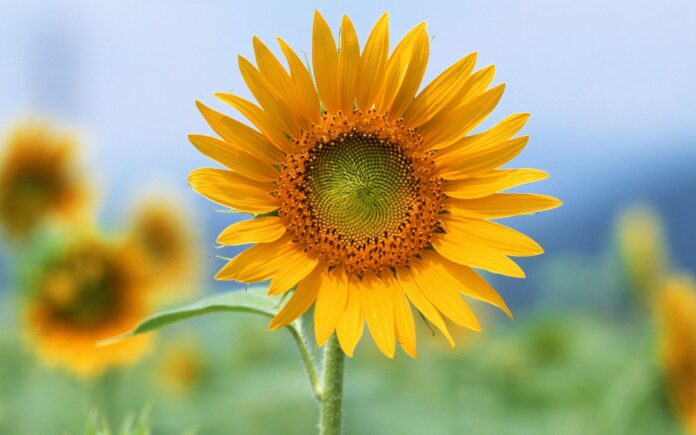 LAHORE: In order to increase the per-acre yield of sunflower (oilseeds) in the country, the Punjab govt has set the production area target of 210,000 acres for sunflower cultivation in 2020, it was learnt on Monday.

The federal government has already allocated Rs10 billion to increase the production of sunflower (oilseeds) in the country.

To achieve the sunflower cultivation target, Punjab’s agriculture department has introduced a ‘per-acre yield competition’ among the farmers of 15 districts. In addition, the provincial government is also giving a subsidy of Rs5,000 per acre to sunflower growers.

The farmers could submit the applications at the offices of deputy director (agriculture) in their respective districts. The last date to apply for this competition is February 5.

As per the details, sunflower farmers with land comprising three acres, besides those on leased farmland and labourers, are eligible to apply (after the attestation of documents) for the competition.

The farmers would submit sunflower crops obtained from three acres of land for the competition.

Talking to Profit, Shahabuddin Laleka, a sunflower farmer from Bahawalpur, said that he has submitted the application for the competition today. “I am sure that I will be among the winners of this competition, which is an excellent initiative for sunflower farmers.”

Lodhran Assistant Director (Agriculture) Naveed Azmat Kahloun told this scribe that in order to encourage the production of sunflower in the country, the department is giving Rs5,000 per acre to sunflower farmers via vouchers.

He said that the total production area for sunflowers at Lodhran is 16,104 acres.

Malik Allah Bakhsh, a sunflower farmer from Lodhran, said that the subsidy of Rs5,000 is an excellent initiative by the government as it will help increase the production of sunflower besides bringing prosperity to the farmers.

Unfortunately, he lamented, Pakistan is one of the world’s largest vegetable oil importers. “In fact, edible imports of Pakistan are now the second largest after petroleum products and we need to change that.”

According to Pakistan Agriculture Research Council (PARC), more than 70pc of the country’s domestic requirements are met through imports.

“Despite repeated efforts of the previous government, the country failed to increase its per acre yield and production area of sunflower,” a senior official at PARC told Profit, adding that the Punjab govt, during the previous tenures, also tried to encourage farmers to switch to sunflower but in vain.

“Let’s see if Imran Khan-led PTI government manages to achieve the target this time around,” he said.