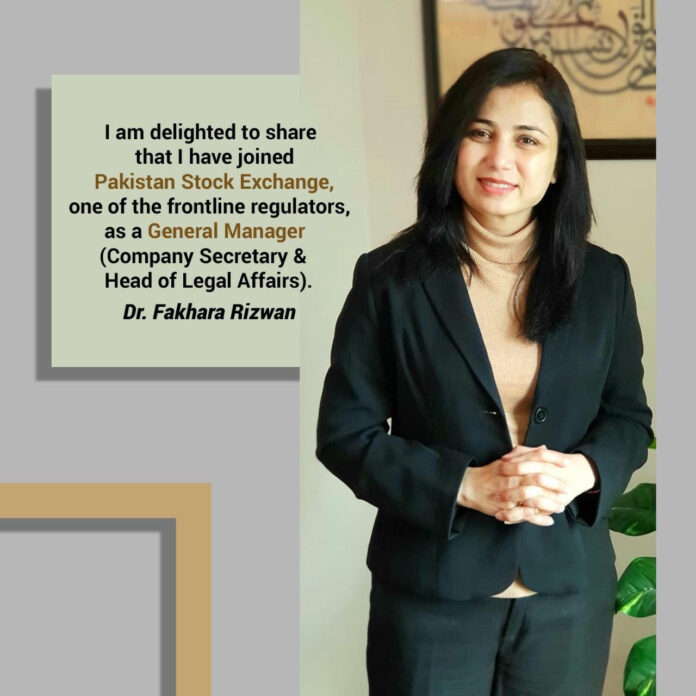 In an official notice issued on Tuesday, the PSX said, “We would like to inform you that Mr Muhammad Rafique Umar has been relinquished from the position of company secretary of PSX, at the close of business on January 20, 2020, and Dr Fakhara Rizwan has been appointed in his place effective from today.”

Dr Rizwan is a visiting faculty member at the Shaheed Zulfiqar Ali Bhutto University of Law, and has also authored a book titled “Corporate Takeovers and Mergers –A Study on the Banks Role as Adviser”. She has a bachelor’s degree in law from Sindh Muslim Law College and a PhD in corporate law from the International Islamic University, Malaysia.

Previously, the role of PSX company secretary and head of legal affairs was held by the Acting Managing Director Muhammad Rafique Umar. He will continue to hold his position as the acting MD.