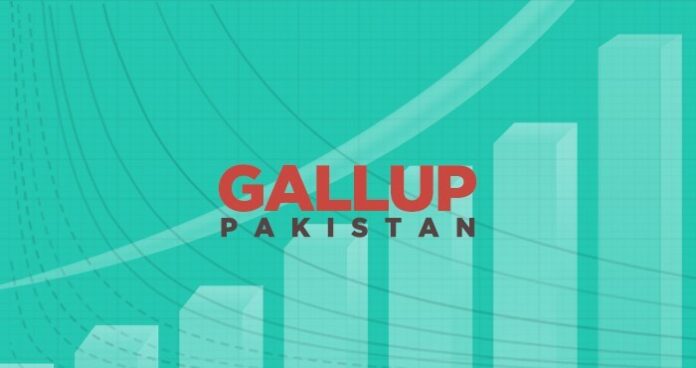 ISLAMABAD: A latest Gallup survey has found that the country’s sweeping 60 percent businessmen feel that things are heading in the wrong direction.

The Gallup conducted survey of 433 businessmen belonging to various parts of the country in which a large majority has found that the country is not heading in the right direction.

When asked about the direction of the country, there were 60 percent respondents from business community who feel that the country was heading in the wrong direction, while 37 percent considered that the direction was right and three percent did not give any reply.

When business owners were asked, “Of the following issues, which issue would you say affects your business the most”? There were 49 percent respondents who stated that the deteriorating economy was affecting their business the most.

There were 14 percent who said non-cooperative government has the most significant impact, while nine percent said it was the unavailability of trustworthy workers. Six percent stated it is the lack of funds, and five percent said law and order situation were the major issues impacting their business. Twelve percent respondents did not give any reply to this question.

The business owners were asked, “When thinking about your business, please tell whether coming year will be better, worse, or the same for your business?”

More than 2 in 5 (43 percent) respondents opined that the coming year will be better for their business than the one that had passed. There were 36 percent respondents who stated that the coming year will be the worse, while 16 percent stated that it will be the same. Five percent respondents did not reply this question. When asked about issues affecting the business owners want the government to tackle, they replied that inflation and taxes were the most affecting their business.

When business owners were then asked, “Which issue affects your business the most, for which you want a solution from the government? 22 percent respondents said that inflation was the issue they want the government to solve. 19 percent business owners said they were most impacted by taxes, followed by 11 percent who were most concerned with factors impacting imports and exports.