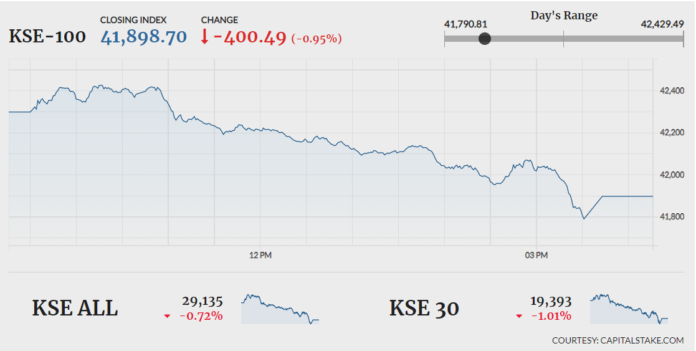 KARACHI: After a positive start to the trading session, the Pakistan Stock Exchange (PSX) once again fell under the radar of bears, as the indices failed to recover the losses accumulated in the previous session and closed in the negative zone on Wednesday.

On the market front, Fauji Fertilizer Bin Qasim Limited (FFBL -3.41pc) reported its financial performance for FY19. Despite 8.66pc YoY increase in sales, the company’s gross profit declined by 28pc as cost of sales went up by 14pc. The company’s financial cost inflated by 134pc YoY which resulted in the earnings per share deteriorating from Rs1.54 to Rs-6.34.