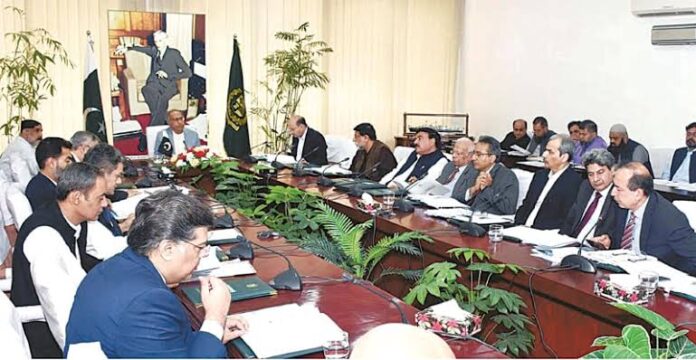 ISLAMABAD: The Economic Coordination Committee (ECC) on Wednesday rejected and deferred until the next session a Petroleum Division summary seeking a hike in gas prices.

The decision was taken in the ECC meeting presided over by Adviser to PM on Finance Abdul Hafeez Shaikh.

Earlier, the Petroleum Division had proposed a 5-15pc increase in gas tariff for different consumer categories. The ECC had considered the summary on January 20 but had put the matter on hold owing to the then prevailing controversy over wheat and sugar price hike.

The division, in its summary, had stated that under the Oil and Gas Regulatory Authority (OGRA) law, the government was required to “advise category-wise gas sale prices to OGRA for notification in the official gazette within 40 days i.e. Jan 20, 2020”.

The summary had proposed up to 400pc increase in meter rent for domestic consumers (from Rs20 per month to Rs80), stating that the meter rent was last fixed in 1997.

It had further proposed a 5pc hike in gas tariff for domestic consumers with lower consumption, 12pc for power plants and 15pc for industrial captive power plants and compressed natural gas stations (CNG).

Meanwhile, the ECC waived off Rs194 million port dues of Turkish company Karkey as part of an already agreed settlement.

The decision would be implemented on January 31 or till the vessels leave the port accruing against Karkey. The said waiver was required as a consequence of the settlement agreement reached between the Pakistani government and Karkey.

Moreover, the committee approved the release of Rs350 million as a partial settlement to pay the outstanding gas bills of Pakistan Steel Mills.

The meeting also approved a summary of the Ministry of Finance pertaining to the establishment of a trust fund to implement a risk-sharing facility under 3rd tranche of $10 million of credit line of $140 million obtained from World Bank for Pakistan Mortgage Refinance Company Limited (PMRCL). The purpose of the trust would be to leverage the trust funds by issuing guarantees in favour of the mortgagors to cover possible losses from eligible mortgage loans.

The Finance Division also sought approval for Rs80 million as technical supplementary grant in its FY20 budget so as to provide assistance to families of the government employees who expired during service.

The ECC further approved a proposal of the Ministry of Finance seeking issuance of the government’s direction to the State Bank of Pakistan under sub-section 6(A) of section 17 of the SBP Act 1956 to sell its shares in House Building Finance Company Limited (HBFCL).

The committee also approved a technical supplementary grant of Rs100 million to National Information Technology Board (NITB) under the Ministry of IT & Telecommunication for centralized procurement of ICT infrastructure to ensure e-readiness of government for the implementation of the e-governance programme.