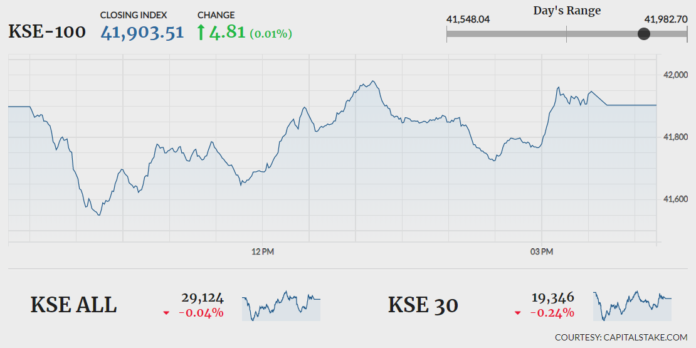 KARACHI: Stocks were caught in a whirlwind activity on Thursday, as the indices traded within a narrow range throughout the session before ending flat.

Meanwhile, in a notification to the exchange, Akzo Nobel Pakistan Limited (AKZO +4.76pc) stated that its majority shareholder, ICI Omicron BV, has proposed to purchase 24.19pc of the paid-up share capital at Rs194.47 per share.

On the financial side, Lucky Cement Limited (LUCK +2.37pc) posted a pre-tax profit of Rs1.18 billion for the second quarter of FY20 (Rs3.63 billion in 2QFY19). On a quarterly basis, the company’s sales saw an increase of 20pc to Rs11.58 billion while its earnings per share increased up by 2.36pc.