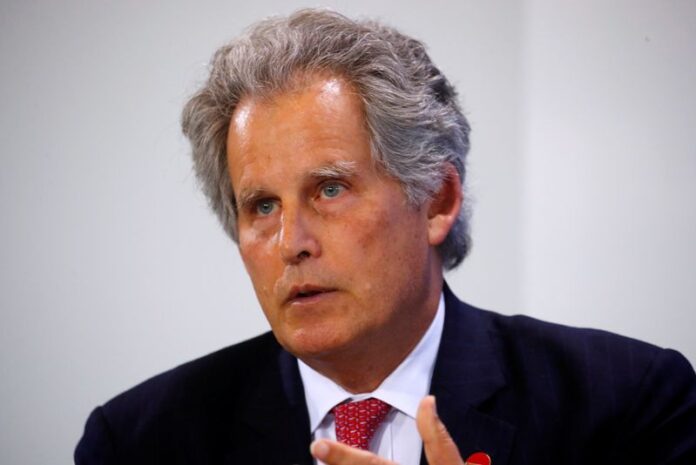 WASHINGTON: International Monetary Fund Managing Director Kristalina Georgieva on Friday made her first major personnel move since taking over the institution last October, announcing that her top deputy, David Lipton, will leave at the end of February.

The IMF said Lipton’s departure as first deputy managing director was “in the context of changes she will be making to the leadership team.”

Lipton, a 66-year-old American economist, had held the position since September 2011, longer than any other first deputy managing director. But his departure comes 19 months before his official term expires in September 2021.

Often critical of US President Donald Trump’s trade policies and tariff actions, Lipton began his professional career as an economist at the IMF in 1981, working to help stabilize poor countries. He also served as the US Treasury’s undersecretary for international affairs from 1993 to 1998 under President Bill Clinton and later worked in private sector finance.

“I believe in the work of the Fund. It has been an honour to work here, first for eight years at the start of my professional career in 1981 and then as FDMD since 2011,” Lipton said in a statement. “The Fund is an institution providing invaluable service to its members and the global economy writ large, and I am pleased to have served it for so long.”

Georgieva praised Lipton’s “outstanding economic experience and expertise” and said his policy maker’s perspective had improved the rigour of the IMF’s analytical work.

The IMF said a search for Lipton’s successor would begin shortly. Traditionally, the IMF has been headed by a European, while the No. 2 spot has been held by an American, reflecting the U.S. status as the fund’s largest shareholder. It was unclear whether Georgieva will continue that tradition or select a foreign national for the job.

BEIJING/HONG KONG: China’s competition watchdog is adding staff and other resources as it ramps up efforts to crack down on anti-competitive behaviour, especially among...
Read more
HEADLINES

ISLAMABAD: The Competition Commission of Pakistan (CCP) has expressed reservations over the Punjab government's decision to fix sugar price, warning that it would cause...
Read more
World Business News

NEW YORK: Bitcoin rose above $60,000 to approach record highs on the weekend, breaking out of a two-week tight range and propelled by talk...
Read more
- Advertisement -