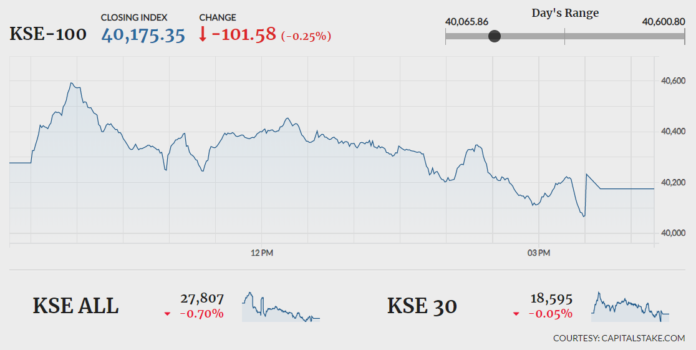 KARACHI: The Pakistan Stock Exchange (PSX) witnessed another lacklustre session on Tuesday, with the indices settling in the red amid low market volume.

On the economic front, the Financial Action Task Force (FATF) has expressed satisfaction over the steps taken by Pakistan to curb terror financing and has demanded the country to further tightens its laws so as to bring individuals involved in money laundering and terror financing to task.

On the market front, PSO announced its financial results for the second quarter of FY20. The company’s gross profit improved by 37pc YoY, following a 7.10pc increase in its revenue. PSO posted earnings per share of Rs6.19 for 2QFY20 (Rs0.15 in 2QFY19).