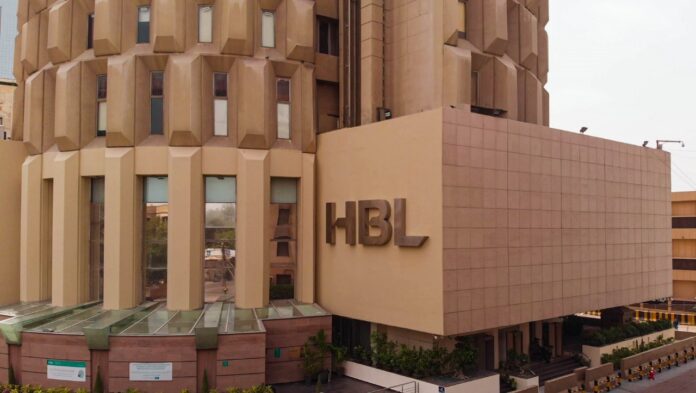 KARACHI: The Board of Directors of Habib Bank Ltd met on Wednesday to review the bank’s performance and announce its financial statements for the year ended December 31, 2019.

According to the financials, the bank reported a profit after tax increased to Rs15.5 billion for the year ending December 31, 2019, as compared to Rs12.44 billion for the corresponding period last year, showing a growth of 25pc.

The bank’s earnings per share (EPS) clocked in at Rs10.45, which is a small increase from Rs8.22 during the same period last year.

The bank’s consolidated Capital Adequacy Ratio (CAR) as of December 31, 2019, stood at 15.4pc, while the Bank’s Tier 1 CAR improved to 12.5pc. According to HBL, both those ratios remain ahead of regulatory requirements.

There has been a mixed reaction among analysts regarding the earnings results.

According to Faizan Kamran, an analyst at brokerage firm Arif Habib Ltd, the earnings were ‘above’ expectation.

“The healthy jump in net interest income, alongside a significant gain on FX operations helped the bank post an impressive surge in yearly earnings,” he said.

According to AKD Securities report, the results were ‘in line’ with expectation.

The report noted that the quarterly growth in earnings was  due to the 3.5pc increase in net interest income, non-funded income jumping 7.2pc, and non-markup costs being relatively contained (down 4pc QoQ).

However, Taurus Securities took a less optimistic view, and said the bank’s earnings were ‘slightly below’ expectation.

It did, however, note that the non-mark-up income registered a growth of 21pc on a yearly basis, mostly due to the 13pc growth in fee income and surge in income from foreign exchange, which was offset by heavy capital losses.

In addition to releasing the financial statements to the Pakistan Stock Exchange, HBL also released a statement, in which it claimed that the bank’s core business was on a strong growth trajectory.

The bank said it continued to support the real economy through extending credit for its growth, with domestic loans growing by 3.5pc ahead of market growth to Rs 945 billion.

The total advances of the bank grew by 8pc, to Rs 1.2 trillion, mostly due to the increase in the bank’s international business.

HBL remains the largest player in the deposits market, with a share of nearly 14pc. The bank’s domestic deposits reached Rs2.1 trillion while total deposits crossed Rs2.4 trillion, with the CASA ratio improving to 82.6pc in December 2019.

HBL also said in its statement that 2019 has been a year of accelerated transformation, claiming it enjoyed market-leading positions in most of its business segments.

The bank hopes to become a“Technology company with a Banking License,” and is focussed on developing the Agriculture and SME sectors. HBL already enjoys a 25pc and 15pc market share in agriculture and SME segments respectively. The bank now serves over 50,000 farmers, through more than 600 designated rural banking branches.

The bank also highlighted its efforts in increasing the financial inclusion of women, noting that HBL Konnect enabled close to 7 million new-to-bank customers, of which approximately 60pc are women. The bank has also partnered with the largest G2P programme – Ehsaas Kafalat.

HBL said that its HBL Mobile achieved the milestone of crossing 1 million app users during 2019, which signals a shift in the way millennials and the bank’s customers prefer doing business. In total, the bank processed a staggering 340 million digital transactions in 2019, a 35% increase over 2018.

As the largest executor of CPEC related financing in Pakistan, China is going to be a very important country for HBL going forward. In November 2019, the HBL Urumqi Branch formally commenced the RMB business by becoming the first and only bank from Pakistan and one of the three banks from the South Asia and MENA region to offer end-to-end RMB intermediation. In December 2019, HBL became the first Pakistani bank to be awarded the much-coveted branch license to offer financial services to clients in Beijing, which is expected to go operational in Q3 2020.