Pakistan to attract global investment through int’l moot in London 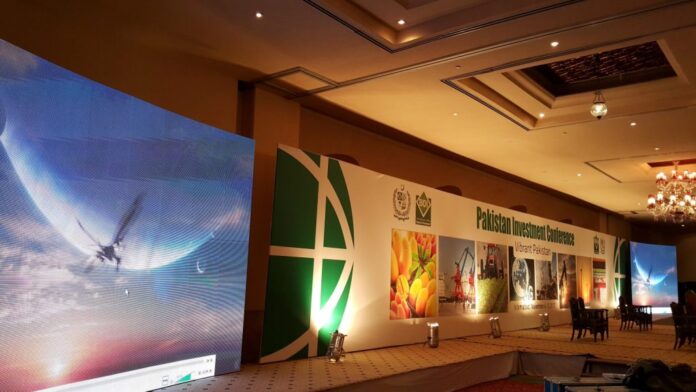 ISLAMABAD: A mega Pakistan Investment Conference is scheduled to take place in London in April this year to attract global investors and overseas Pakistanis, Spokesperson of Prime Minister on Trade and Investment in the UK and Europe Sahibzada Jahangir announced on Friday.

Jahangir met with Prime Minister Imran Khan yesterday and briefed the latter about the arrangements in connection with the summit, said a press release issued here.

The PM’s spokesman also held a number of meetings with senior ministers.

“This is the first major trade and investment conference that will highlight enormous potential Pakistan is offering to the foreign investors and overseas Pakistanis,” he said and added that the conference was expected to be attended by the chief executive officers (CEOs) of good number of multinational companies from UK, Europe and other parts of the world.

Jahangir said the overseas Pakistanis are increasingly showing their overwhelming confidence in the leadership of the premier as indicators of all global financial institutions were projecting Pakistan as a destination for secure and profitable investment.

He further said the foreign remittances were on the rise, the exports were up and the imports were under control.

The PM’s spokesperson said Pakistan would be aiming to seek investments in oil and gas related infrastructure, tourism, IT, energy, health and education.

“The government policies, which are in the pipeline, would ease our exporters to substantially increase their exports of textiles, readymade knitwear, food products, sports and surgical goods, livestock and agricultural products.”

Jahangir said discussions were already underway with major companies such as Mark & Spenser, Primex, BOOHOO and others to establish their buying houses in Pakistan.

He, however, urged the exporters to market their products more aggressively by regularly holding roadshows, creating awareness and establishing one to one personal contacts with the buyers in the UK and Europe, which continue to remain huge markets for their (Pakistani exporters) products.

The PM’s spokesperson said his goodwill services were readily available at all times to bridge the gap between the buyers and sellers.