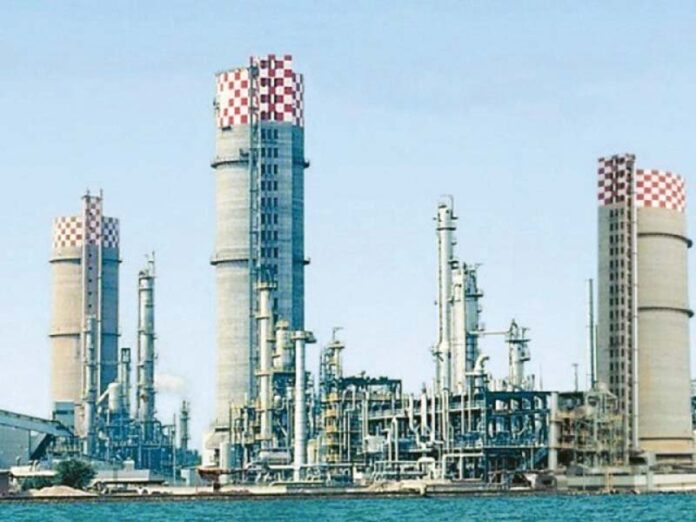 LAHORE: The Board of Directors of Engro Corporation Limited (ENGRO) met on Thursday and Friday to review the company’s performance and announce its financial results for the year ended December 31, 2019.

As per the financial results, the company posted a consolidated profit after tax (PAT) of Rs30.288 billion for the year ended December 31, 2019, as compared to Rs23.632 billion for the corresponding period last year, showing a growth of 28.16pc.

Consolidated revenue of the conglomerate grew by 32pc in comparison to the last year, mainly driven by energy projects in Thar coming online during July 2019, as well as a higher turnover of fertilizers and petrochemicals businesses.

The company’s profit attributable to the owners was recorded at Rs16.533 billion, compared to Rs12.708 billion for last year, showing a growth of 30pc.

This growth in profitability is after accounting for a provision of Rs1.224 billion relating to impairment of the company’s investment in FrieslandCampina Engro Pakistan Limited, under the requirements of International Accounting Standard 36 (Impairment of Assets).

On a standalone basis, the company posted a PAT of Rs14.303 billion against Rs12.720 billion for the comparative year, showing an increase of 12.44pc and translating into earnings per share of Rs24.83 per share. This increase is primarily attributed to higher dividends from subsidiaries as well as higher interest income on investable reserves.

The company announced a final cash dividend of Rs1 per share for the fourth quarter, bringing the cumulative payout for the year to Rs24 per share.

Fertilizer business achieved a historic milestone of highest ever Urea production of 2 million tonnes due to better plant efficiency and higher gas availability. This, coupled with higher fertilizer prices, resulted in increasing the sales revenue by 11pc over last year. The business recorded a PAT of Rs16.871 billion – down by 3pc from last year – decrease mainly attributed to a one-off deferred tax impact of higher future corporate tax rates introduced through Finance Act, 2019.

Urea prices are expected to remain under pressure following a prospective reduction in GIDC. In response to this reduction, the business passed on the benefit to the end consumer through a price reduction of Rs160/bag.

Furthermore, the fertilizer industry continues to face challenges in the recovery of longstanding subsidy and retrospective settlement of GIDC.

Polymer business recorded a revenue growth of 7pc, while PAT was Rs3.661billion compared to Rs4.930 billion for last year, showing a decline of 25.8pc.

This fall in profits is attributable to inflationary impacts in the form of higher energy prices and interest rates coupled with one-off gains recorded in 2018.

According to Sunny Kumar, research analyst at Topline Securities, the results were below their expectations.

He added that the earnings came in lower-than-expectations owing to an impairment charge on its associate company FCEPL (previously EFOODS) and higher finance cost.

Kumar said that along with the result, the company announced a lower-than-expected final cash dividend of Rs1/share, taking cumulative cash dividend for 2019 to Rs24/share.

“Among the subsidiaries, Engro Fertilizer Limited (EFERT) earnings increased by 23pc YoY to Rs6,361mn during 4Q2019 amid higher retention prices on urea.”

Kumar said that FCEPL also showed improvement as the company recorded a loss of Rs50mn during 4Q2019 compared to loss of Rs449mn during 4Q2018 mainly due to an increase in gross margins by 4ppts to 12.7pc from 8.7pc.