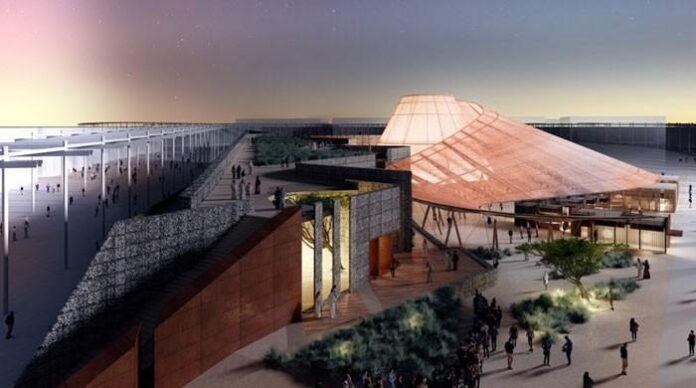 The pavilion will be built in the Opportunity District of the Expo 2020 in more than 3,449 square meters of land. A special section will showcase prominent Pakistani women and tech entrepreneurs for their great contribution in different social and educational fields.

The Expo will start on October 20, 2020 and will continue for six months till April 10, 2021 with the theme of Connecting Minds, Creating the Future. 190 countries are expected to participated in it. About 25 million people will visit the exhibition. Pakistan formally signed a participation contract with Expo 2020 authorities in October 2018 with aim to exhibit the country’s culture, investment opportunities, tourism potential etc.

The crown prince had arrived at the Nur Khan Airbase where he was received by Prime Minister Imran Khan and various government officials. Setting aside the protocol, the premier himself had driven the crown prince to the PM House from the airbase.

During the meeting, both the leaders had discussed ways to enhance bilateral relations between the two countries and exchanged views on matters of mutual interest, as well as the regional and global situation.

In a tweet via his official account, Sheikh Mohamed said that he met his “friend Prime Minister Imran Khan” and discussed “regional and international issues of mutual interest as well as ways to enhance bilateral ties”.

On the sidelines of his visit, the crown prince also directed the allocation of US$200 million to support economic projects in Pakistan.