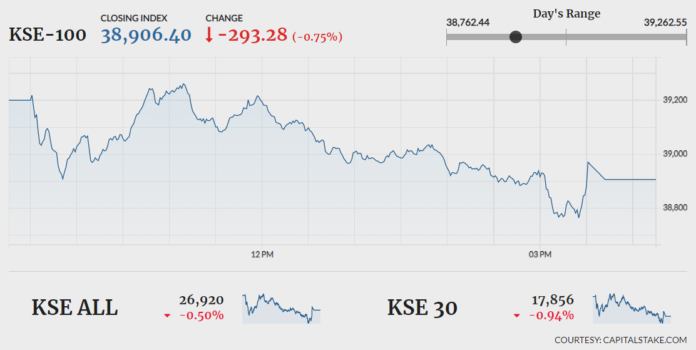 KARACHI: Bearish trend continued at the Pakistan Stock Exchange (PSX) on Wednesday, as the indices remained in the negative zone for most part of the day amid lack of triggers.

Major positivity was witnessed in the cement sector following the announcement of statistics regarding cement dispatch in February 2020.

According to media reports, domestic cement sales witnessed an increase of 31.69pc YoY while exports surged by 47pc. On a month-on-month basis, domestic sales appreciated by 14.5pc whereas exports fell by 7.18pc.